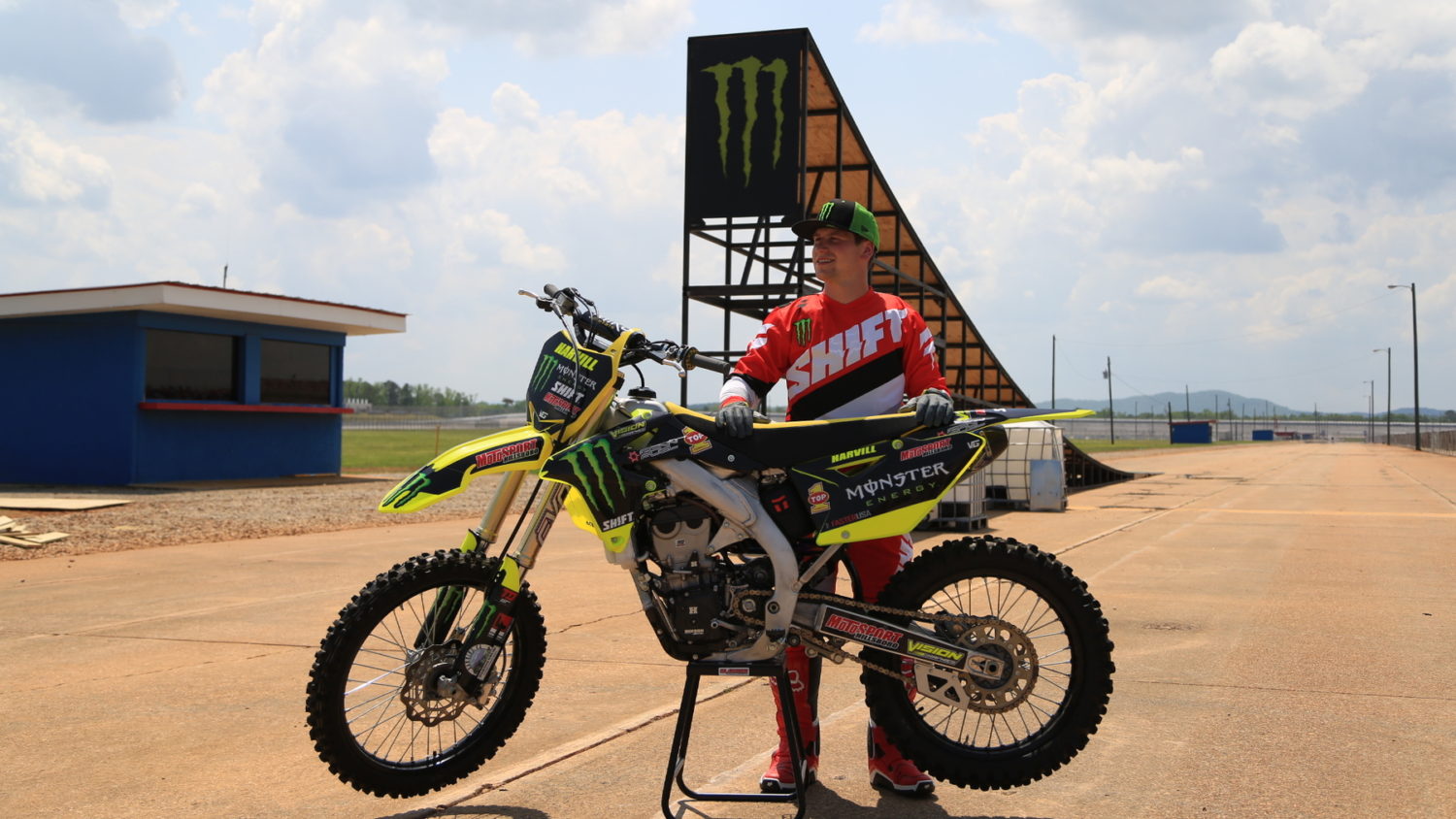 Monster Energy have announced that their team rider Alex Harvill will be attempting to break the official World Distance Record at the Talladega Speedway ahead of the NasCar Cup Series on May 7th 2017.

Harvill currently holds the Guiness World Record for the longest Dirt-To-Dirt Distance jump record which he achieved in 2013 and still stands at 297 feet. In May, the young rider from Washington aims to add another official world record to that list, by taking the Longest Ramp Jump record away from current holder, the one and only Robbie Maddison. Maddo set the record in Melbourne back in 2008 by jumping 351 feet. Harvill will attempt to jump 425 feet at Talladega, a distance he has already jumped on a ramp to dirt set-up at home. For the jump in Talladega however, there will be an official team from Guinness World Records to verify the jump. 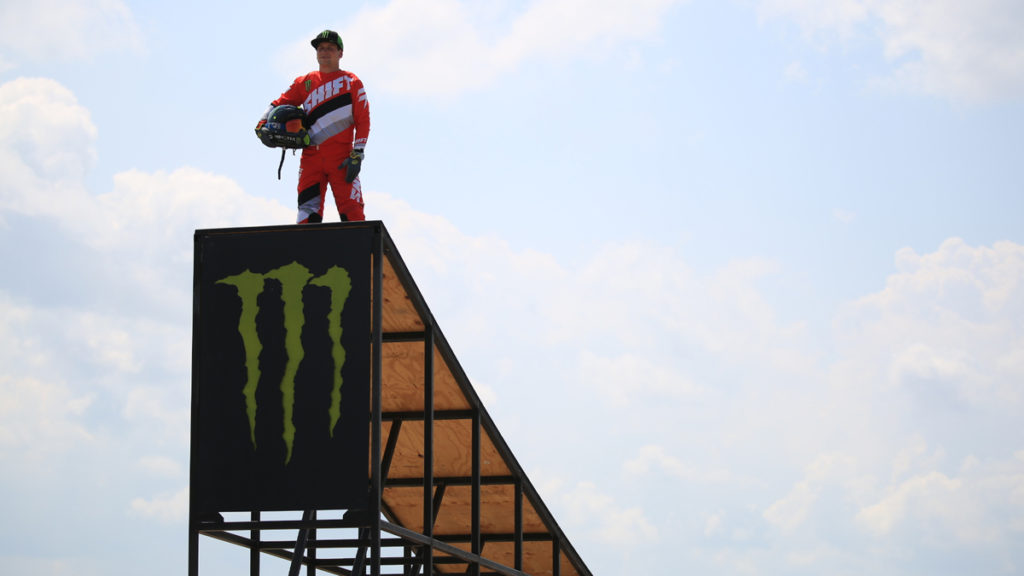 “It’s harder to replicate at somewhere that’s not made for dirt bikes,” Harvill told USA TODAY Sports. “There’s no dirt out here and back in Washington I was able to make it perfect, exactly how I wanted, waited for the right conditions so it’s a lot easier. Out here you have to replicate it with a steel structure at the landing and its a little more difficult. Nonetheless, I still believe I can still jump the furthest.” 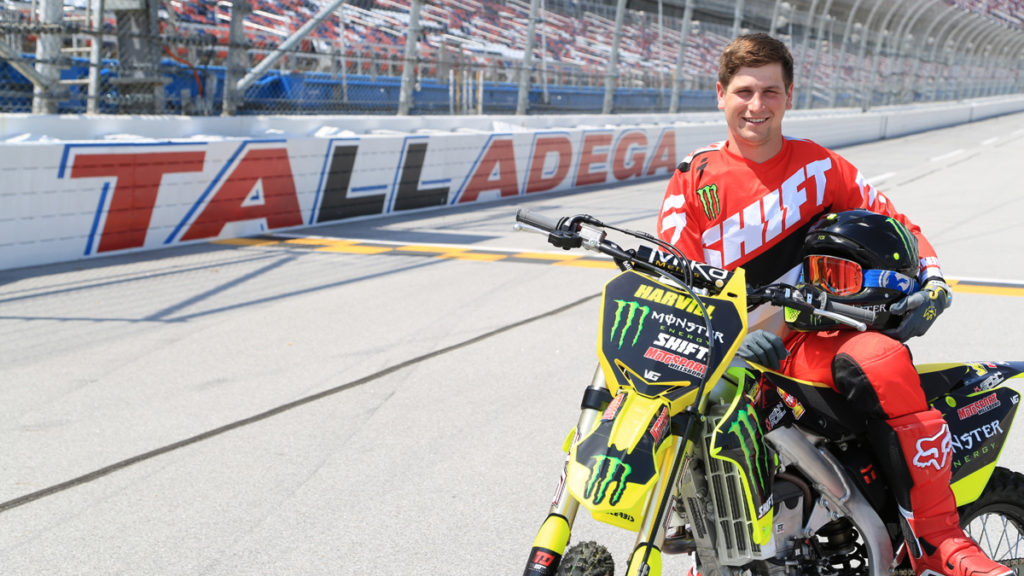 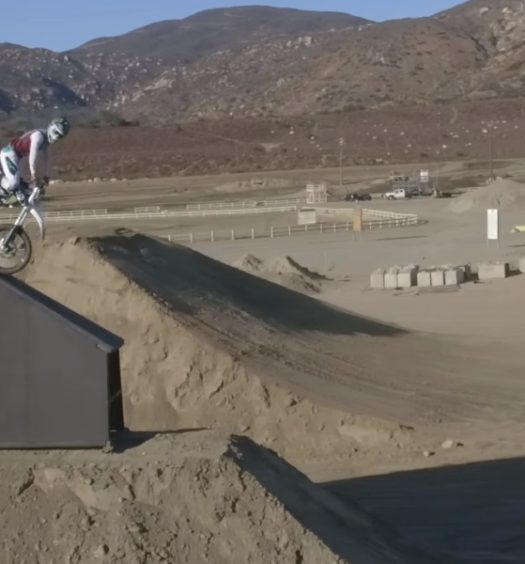 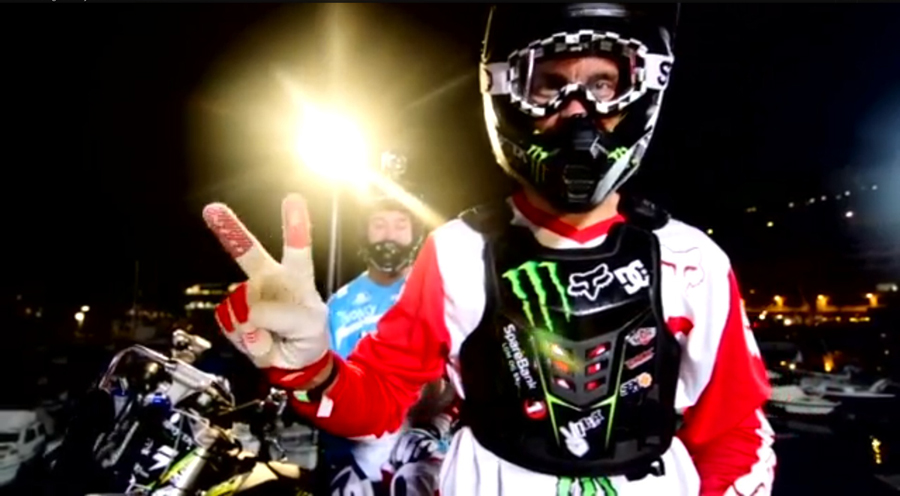