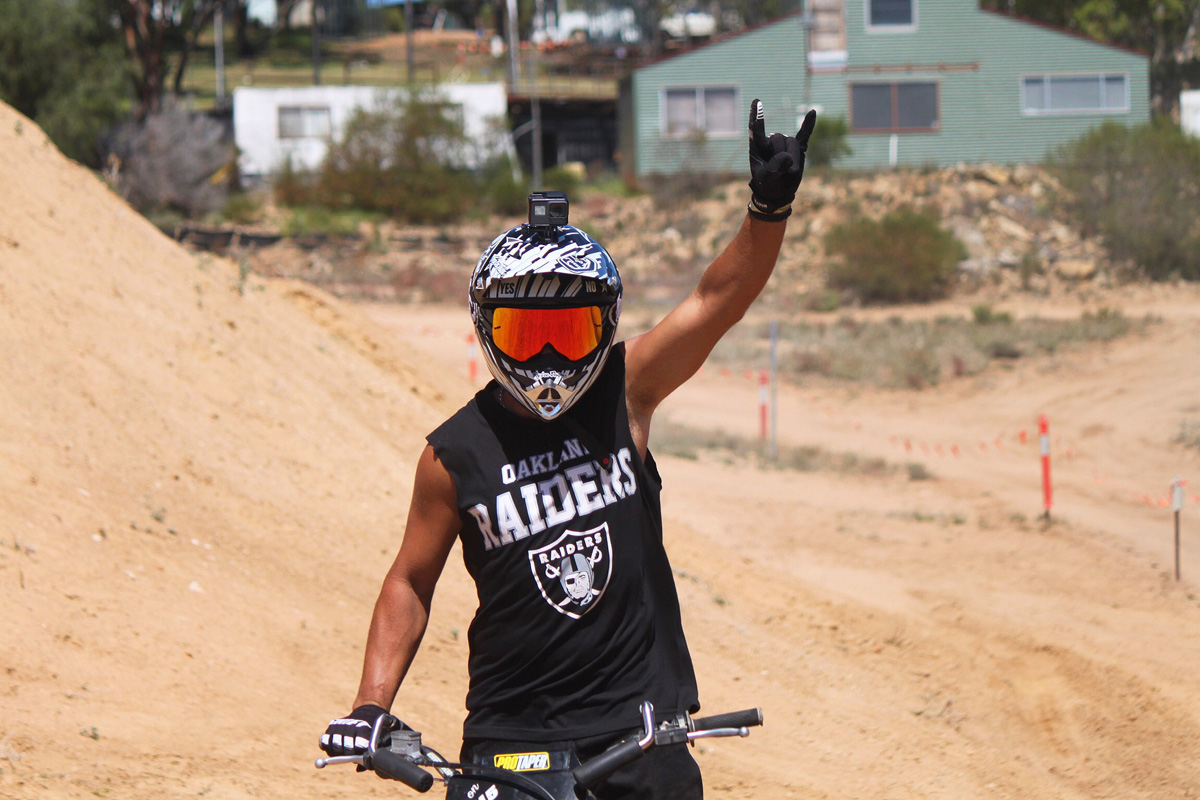 Australia – land of wild animals, wild men and wild women. The Australian scene is strong, really strong and deserves all the attention it gets and more. The Aussies seem to have have the punk rock attitude that emerged from the Moto XXX and Crusty Demons day ingrained in them and it shows no signs of letting up. So with such a vast number of quality riders, how did I choose Ben as the first Australian DFTU? All it took was one photo, captured by Christina Vithoulkas, at the first round of the 2017 SAFMX champs. One of the coolest and most casual photos I have seen….that’s how. Turns out Ben was a good choice, Pony Club’s loss was FMX’s gain. 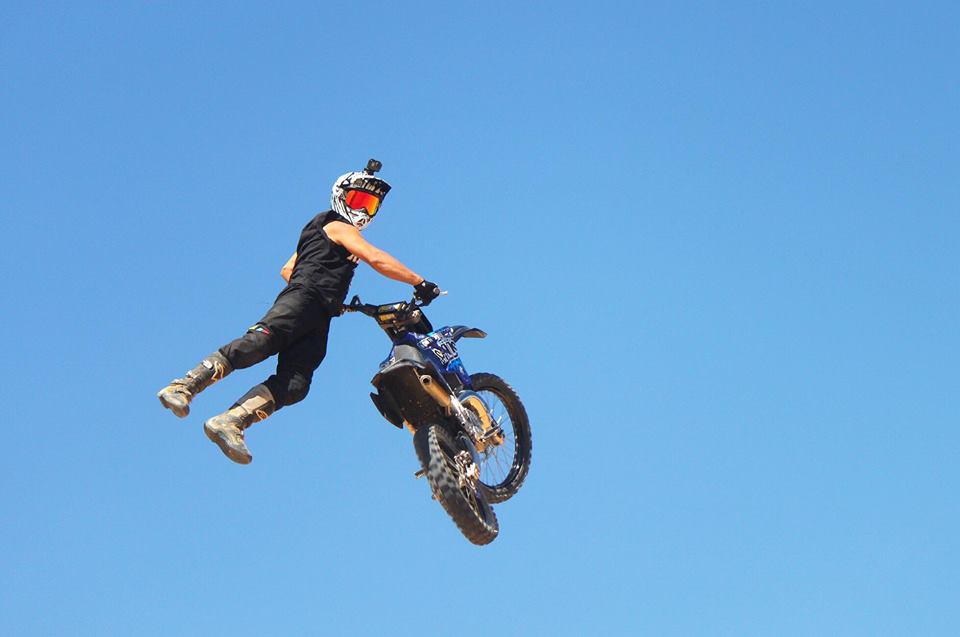 Tell us about the early days of Ben Burford, what led you to FMX?

Well me dad tried too take me to pony club when I was young but I told him to stick it and get me a bike! I ended up racing MX and SX for about  ten years. It was all about the supercross and jumps in the end, but I had no fitness! There wasn’t much supercross going on in South Aus back then either and I was slow at motocross. Luckily that’s about when FMX was starting up in Aus and there was a new course built for a comp out in pt Gawler, so I started on the ramps out there and been riding FMX, pretty casually since!

From our perspective here in Europe the Australia scene seems really strong, do you think this is because there are more opportunities for riders to make money over there or because you guys really know that riding for the fun of it is most important and that keeps the scene so strong?

Well I think most Aussie riders come from the country areas here, so there’s always places to ride. Most guys probably start out on there parents farm and the weather is good to ride most of the year too. I don’t think there’s more opportunity to make money here really. There’s not too many people that can ride FMX and make enough money to live off it, other than overseas shows. The internet probably helps these days so the rest of the world can see what we can do down here! We’re probably just a bit more hardcore down here also!

Most people know that you have a lot of animals over there that want to kill you, Snakes, Spiders, Sharks, pissed up Kangaroos etc. Ever had a run in with any of these beasts?

I’m not too worried about the spiders, they are friends in my house! But I’ve definitely whacked a few brown snakes… and kangaroos are always a bastard when they jump out in front of your car! Them sharks are a bit of a worry too, since I’ve been out in the sea on me jet ski a lot lately. 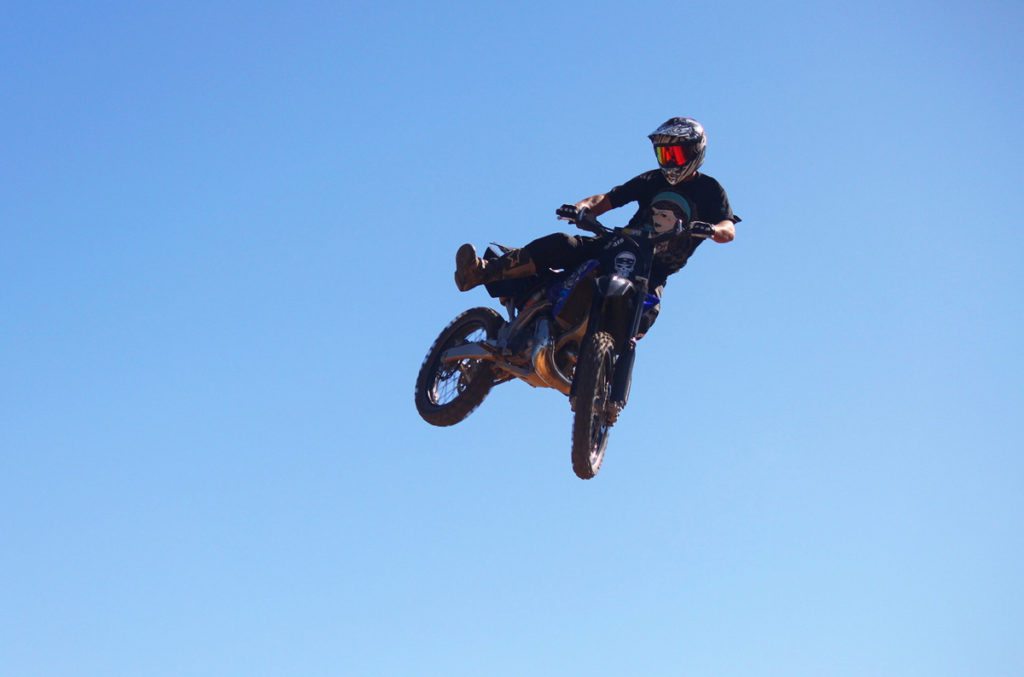 Where do you ride most and with who?

All the boys down here in South Aus mostly ride at Darcy Morris’s place – The Morris Ranch or Luke Feltrin’s place up in Morgan, soon to be SA ride park. Or out in Adam Gropey’s place – The Grope Vine too!

What do you do for work?

I travel the world building starting gates for horse racing!

What floats your boat when you are not riding?

I just got a stand up jet ski, and I’m pretty in to that at the moment! Wake boarding as well, and I actually started racing dirt karts recently also. I love building bobbers, working on all me toys and trying to make the most of all my working trips in the world, renovating my house and drinkin’ beer – all the cool shit! 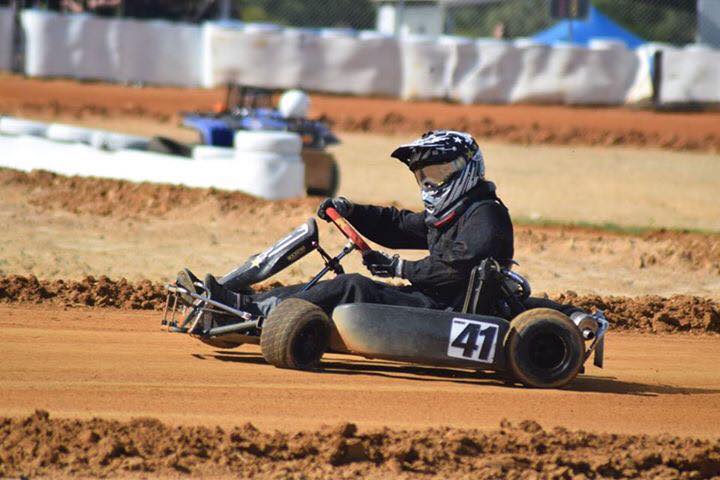 3rd place at rd1 of 2017 SAFMX, are you happy with that? how many rounds are there this year? and will you ride the rest of them?

Yeah pretty happy with that. I’m pretty old as far as FMX riders go these days and pretty casual about things, so stoked with 3rd place! Hopefully I think there will be another round. When it comes I’ll just be looking to hold down 3rd and not go home in the meat wagon!

Isn’t it time for another Australian FMX dvd?

Yeah, I’m still frothing on the old DVDs that came with Freerider magazine!

As a fellow Aussie what do you think of the Chad Reed lapping scandal?

Yeah I don’t know. If he was really going that slow should it of been that hard for Dungey to go past? I doubt it really changed the outcome of the race anyways, but yep, it gave people something too talk about!

Top 5 Australians of all time?

Dayne Kinnaird, Bilko, Josh Sheehan, Clinton Moore and Rob Adelberg. Anyone that can win X Games or X-Fighters medals has to be pretty tip top! 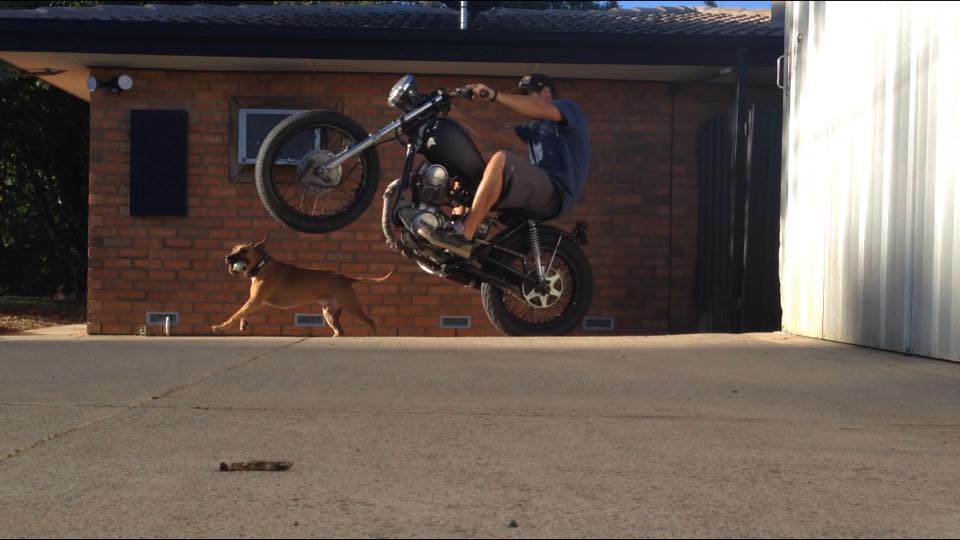 2 bangers for life man! Is this even a question?

Biggest thanks to my dad for everything he’s done over the years and still giving me a place to ride today. All the friends that I’ve made through FMX  and the guys that let me ride their places: Luke Feltrin, Darcy Morris , and Adam Grope – cheers! And Gropey again for all the effort he puts into the SAFMX series. Finally thanks to Tom and Loko FMX Magazine for giving me the time. Cheers! 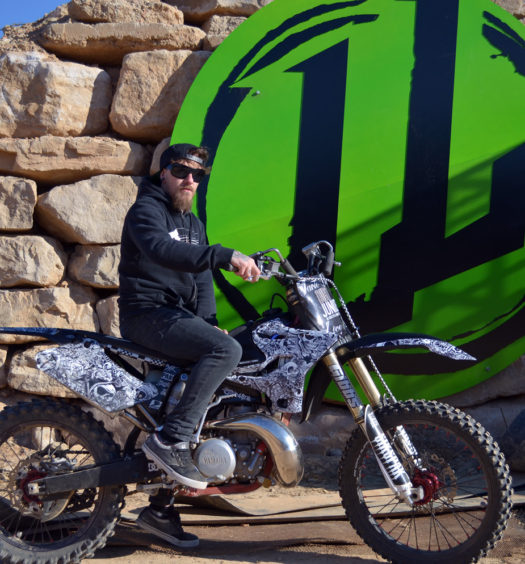 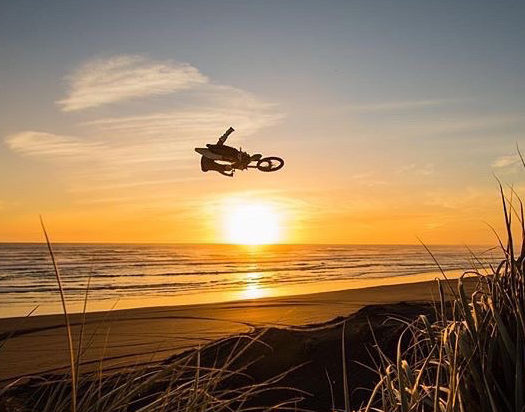