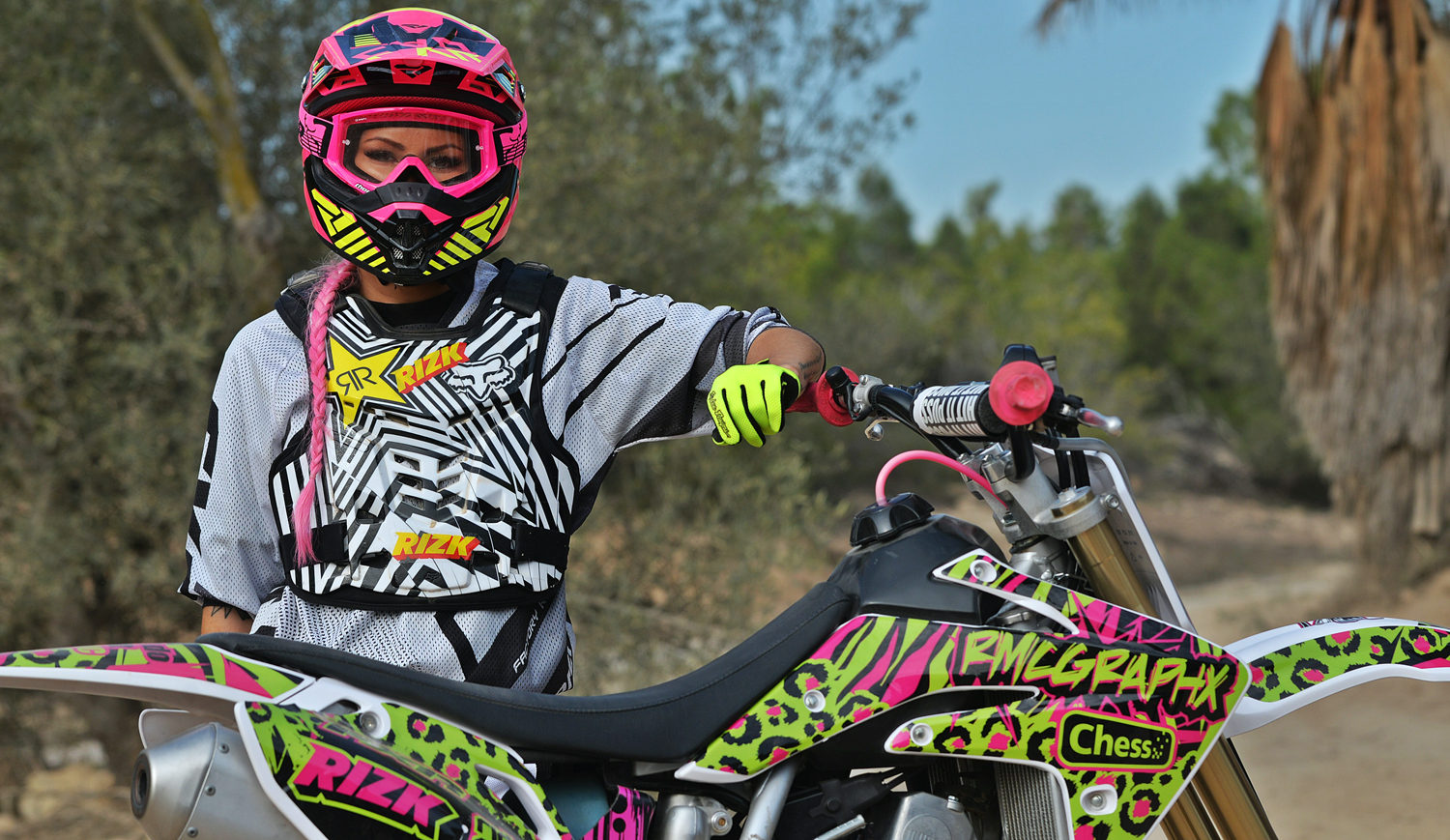 It is no secret that the wonderful world of FMX is pretty male dominated. That being said there is an increasing number of girls out there who are on the rise and killing it on the ramps. It is always cool to see more people get involved in the scene and it is really cool to see more girls getting involved, it can only be a positive thing for FMX. Maria Sandberg is one such girl, splitting her time between sending it on her snowmobile in various freezing areas of Europe and beyond and sending her CRF150 off ramps in Spain, she is a whirlwind of positive energy and really making the most of every opportunity.

Where are you from?

Can you tell us a bit about your background? How did it all start for you?

Long story short, I was riding in a bikini over a lake .. In winter wonderland .. And it was captured on film/photos – that went viral. There wasn’t a lot of girls riding at that time, so I kinda “started” the hype with #girlsthatride. When you look at me I don’t look like a typical rider – I guess people loved that. Being a girly girl but also kicking ass in the backcountry (or at least trying).

How do you find it being a girl riding FMX? The sport is quite male dominated, does any of that bother you?

No it doesn’t bother me. I like being a girl who makes my way in a male dominated sport. Just because it’s dominated by them doesn’t mean they own it, time to change that. But I have to say that I prefer hanging around or ride with the boys, because it’s never drama and whining, haha.

Could you choose between Snowmobiles and FMX?

It would be difficult.. I have been riding sleds for years and I really love it. The feeling of freedom on the top of a mountain, away from everything… and the adrenaline hitting a kicker out in the wild. I have been wanting to hit ramps for years but never got a place to practice, because I live in a country with very strict rules for everything that is fun .. and goes fast, haha. When I finally got a place, one year ago, it was on! I have had a huge progression in a short time and that motivates me and makes me wanna put more time on it, because I believe I can go far. The last snow season sucked big time with bad snow conditions, which means few rides and no progression… Kinda depressing. So if I had to choose right now it would be dirtbike and FMX. Don’t want another shitty sled season. 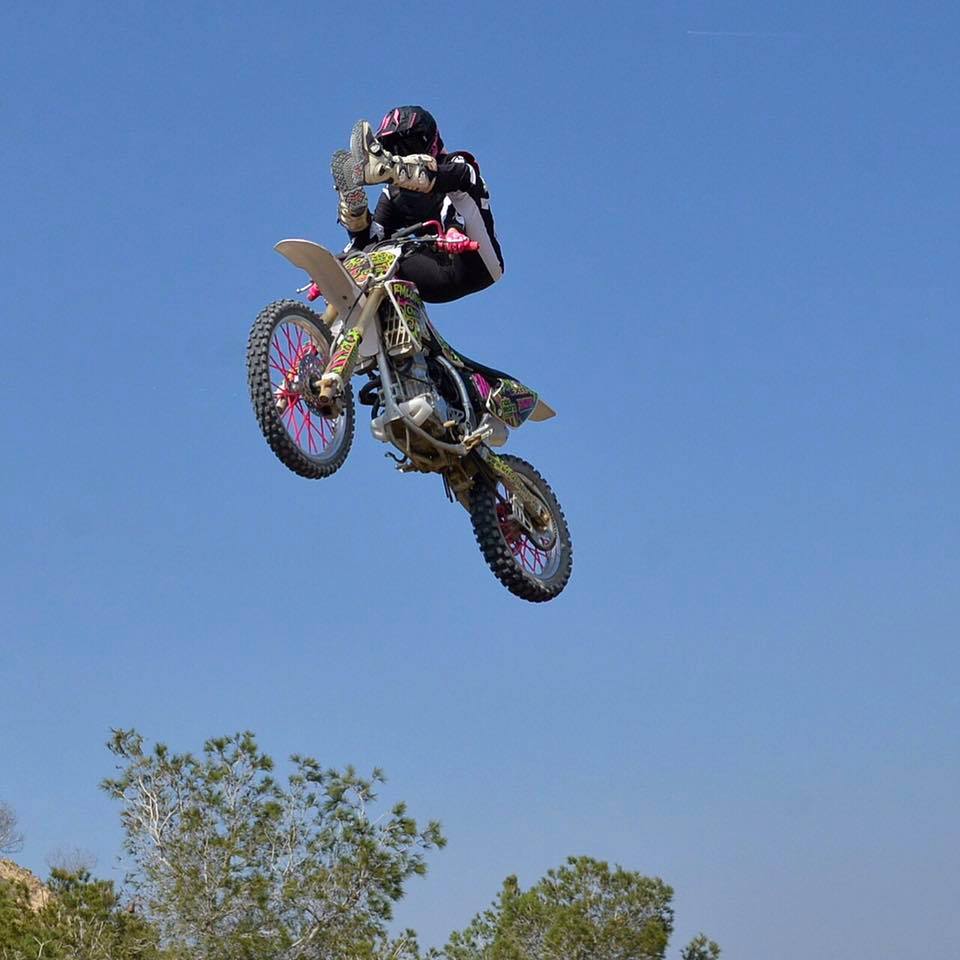 What bike do you ride?

Honda CRF 150 RB 2016 mod. I got my first dirtbike in fall 2015. I had NO clue what so ever what to get because I have never owned a dirtbike before or even ridden one. But a lot of people recommended that one for me because it’s easy to handle when you are new in the game. Right now I feel ready for a bigger bike and I’m gonna buy one this year.

What Sled do you ride?

Do you remember the first time you jumped a ramp?

What are your goals in the coming years?

Be the best I can be in FMX.

I wanna thank all of my sponsors through these last years who have believed in me. Without their help it would be impossible. Also I wanna thank Stig Aron Fröseth for letting me ride in his park in Spain and for teaching me how this game works. 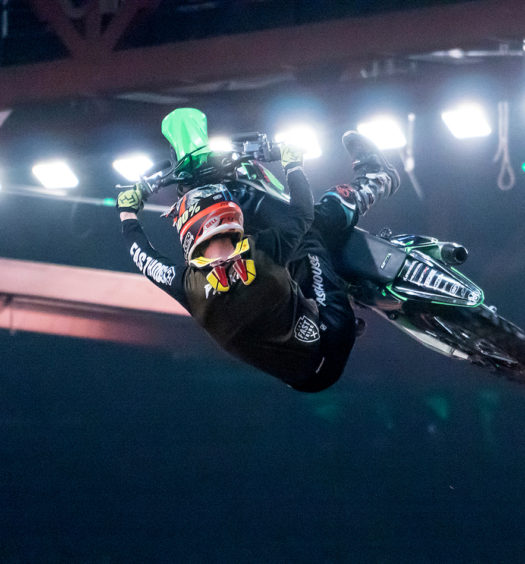 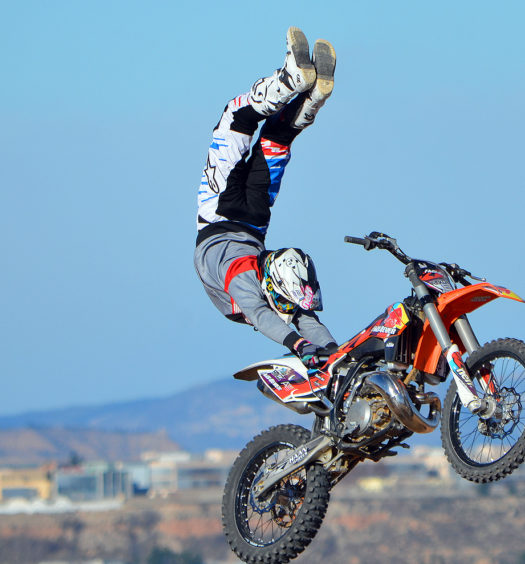