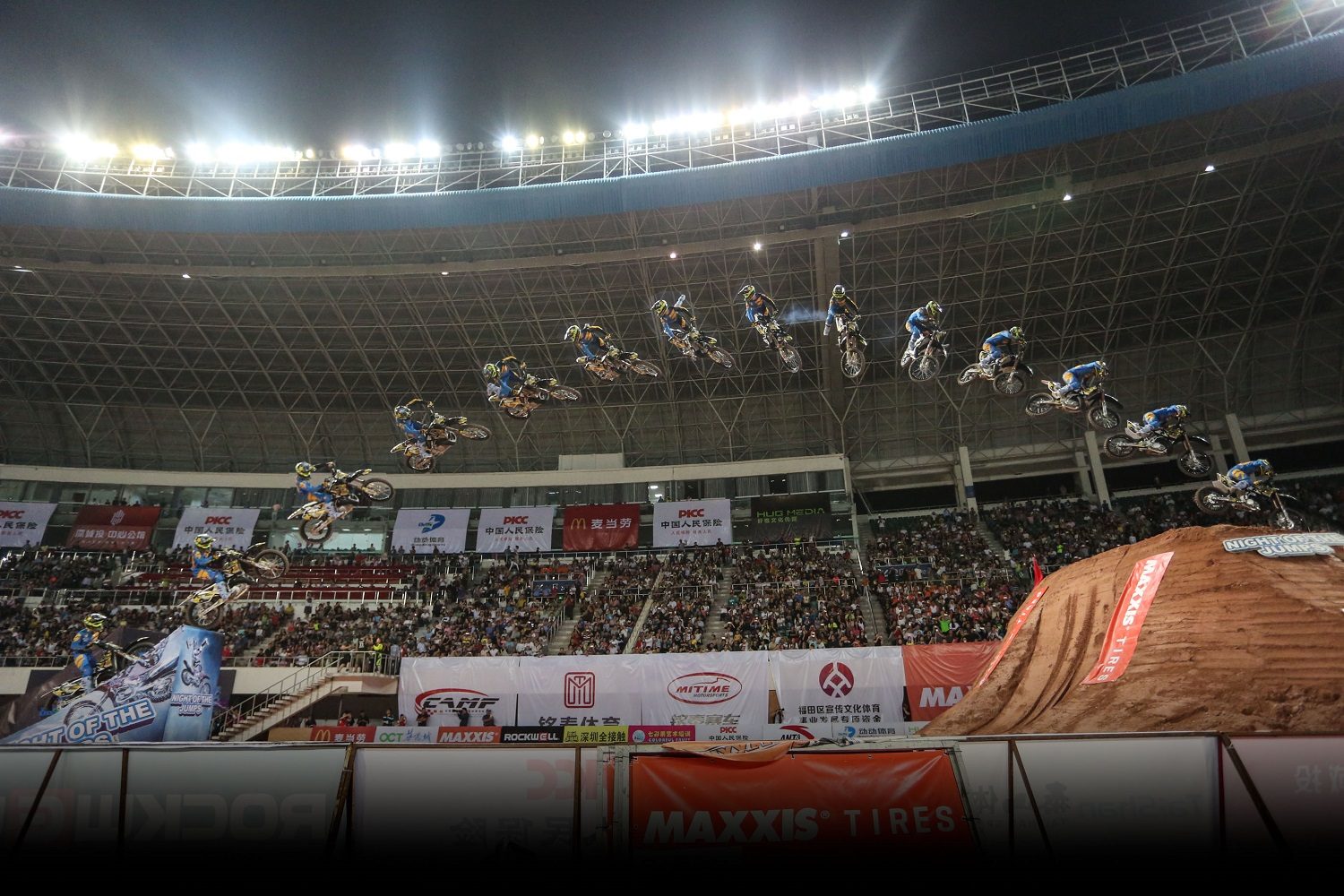 Despite having the World Championship decided the day before, all the riders wanted to bring their best tricks to show for the second night of FMX competition in China to show who might be the riders to watch in 2018.

Photography by Marco Manthey/NIGHT of the JUMPs

The second night of qualification looked much better with much fewer errors in the rider’s runs’.  The young German rider, Luc Ackermann showed many of his biggest tricks in his repertoire to set the pace and qualify first going into the final round. David Rinaldo, Libor Podmol, Petr Pilat and Maikel Melero also followed suit into the final, including the new-comer from down under, Brayden Davies who made the Top 6 in the final event of the season. 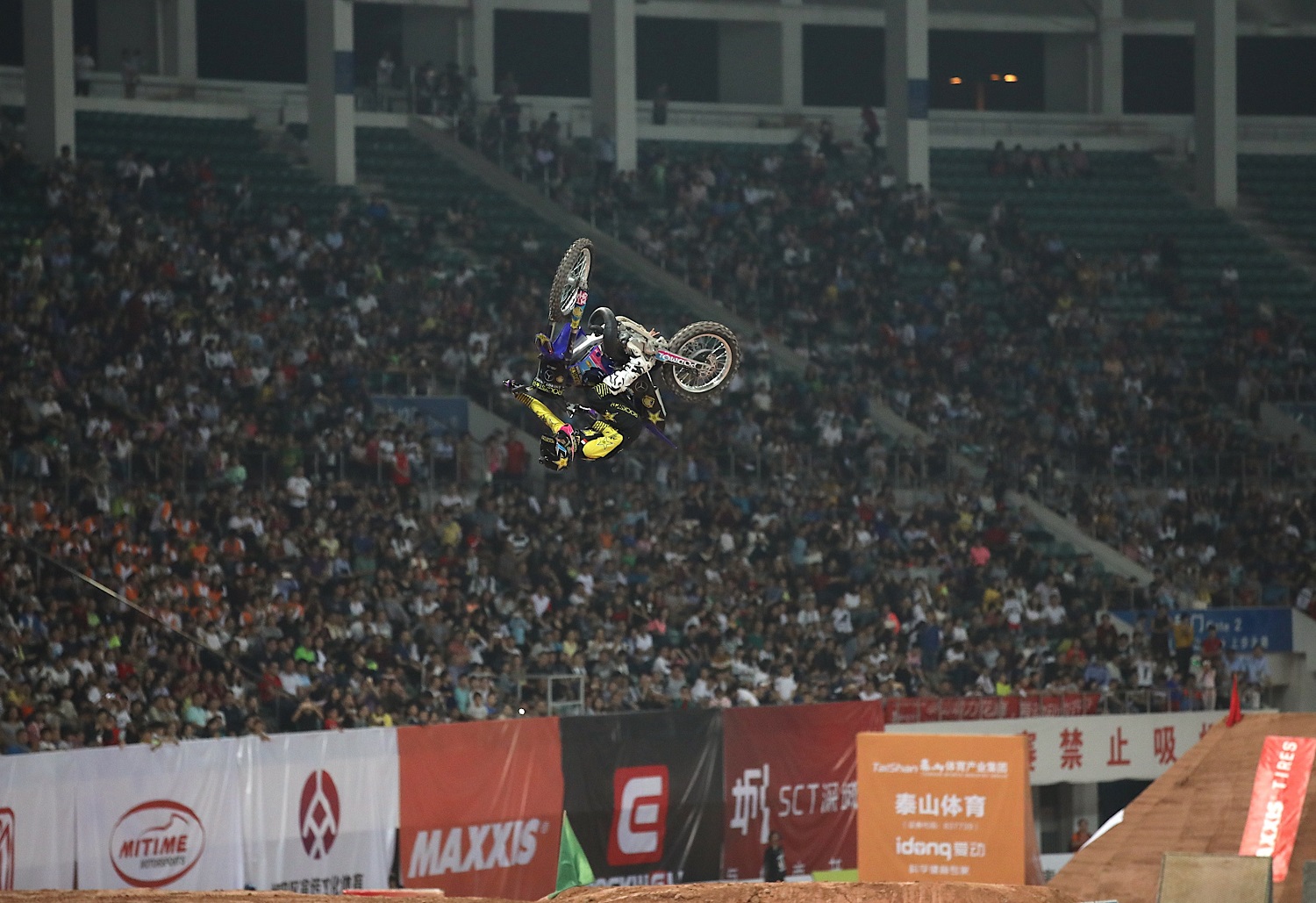 David Rinaldo took home a double victory in the Rockwell Best Whip competition against Brayden Davies. In 8 years of his career at NIGHT of the JUMPs, he has never managed to win a single Best Whip contest, yet in 2017 in Shenzhen he has won both events back to back.

Luc Ackermann continued to dominate the Maxxis Highest Air competition after winning the night before. Luc held off all the other opponents to take his second Maxxis cup.

The final for the night was disrupted with the onset of drizzling rain which affected the riders, but none more so than for the new 4-time World Champion, Maikel Melero. Melero decided to take a safe run without backflips and only performed a single backflip Cordova in the double up.  The World Championship was already secured so Maikel didn’t need to risk injury in the bad weather conditions. The bad luck continued for Petr Pilat, after riding with a lot of energy and putting together his big tricks, he was unable to hold onto the Candy-Bar take-off Flip to Side Saddle lander, and crashed out causing some minor damage to his shoulder. Libor Podmol didn’t let the weather worry him too much and was able to land his surfer to tsunami backflip and end with a California Roll to take second place and it was enough to secure his Silver Medal for the overall World Championship rankings for 2017. 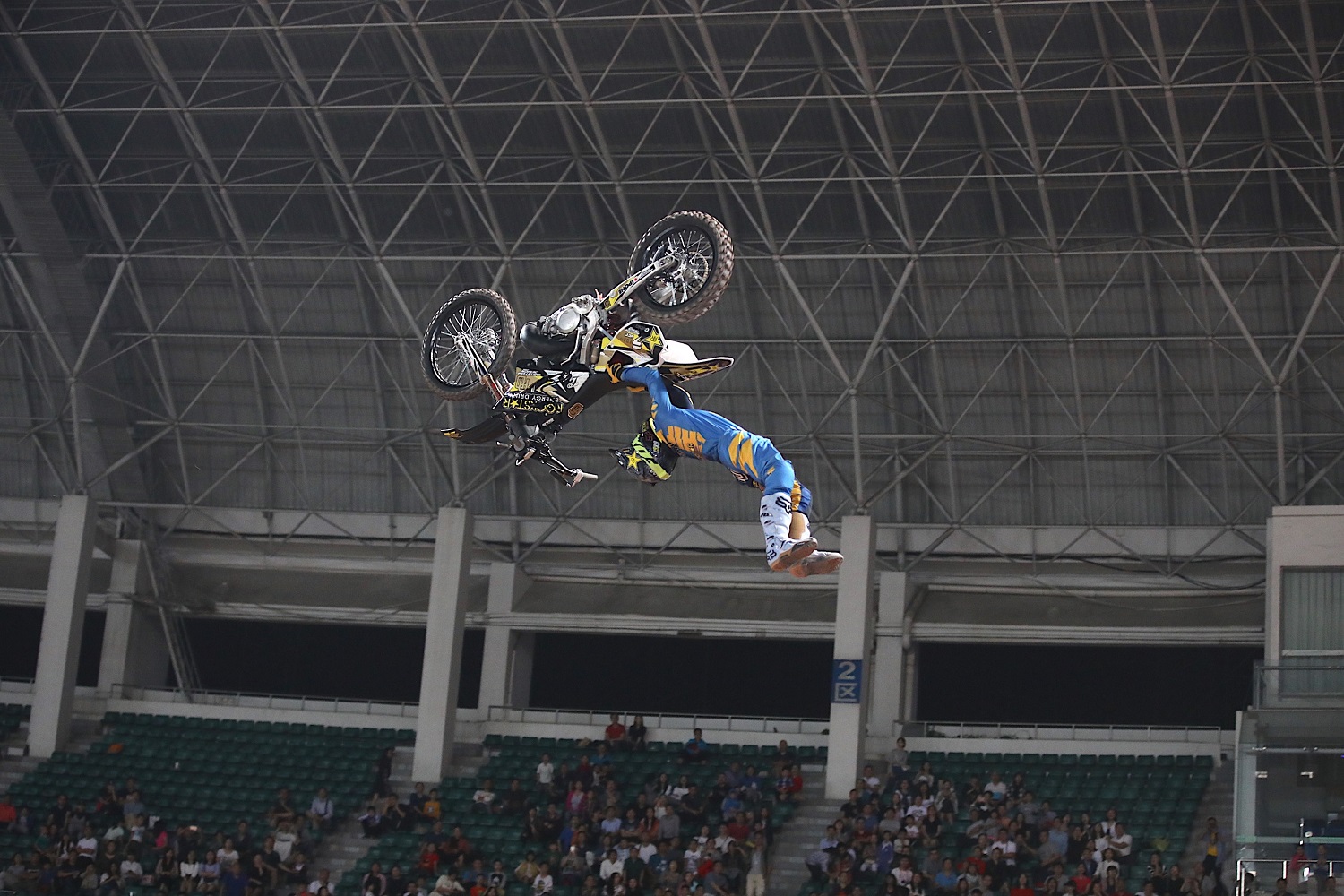 For the second night in a row however, it was all on David Rinaldo to take the win, and with an all-or-nothing attitude, David landed all of his big tricks including the Double Grab backflip and a Cali-Roll to No hand lander which was enough to secure two wins in the Freestyle MX competition and two wins in the Rockwell Best Whip.

Debutant Brayden Davies caused the biggest upset on his second ever contest to take his spot on the podium in third position. He put together a safe run in his first ever final at NIGHT of the JUMPs and it was enough to hold onto third place after Luc Ackermann made some big mistakes in his run. However Luc did finish strong with the Flair, mini-flip and Surfer Flip to Tsunami to give him a 4th place overall. 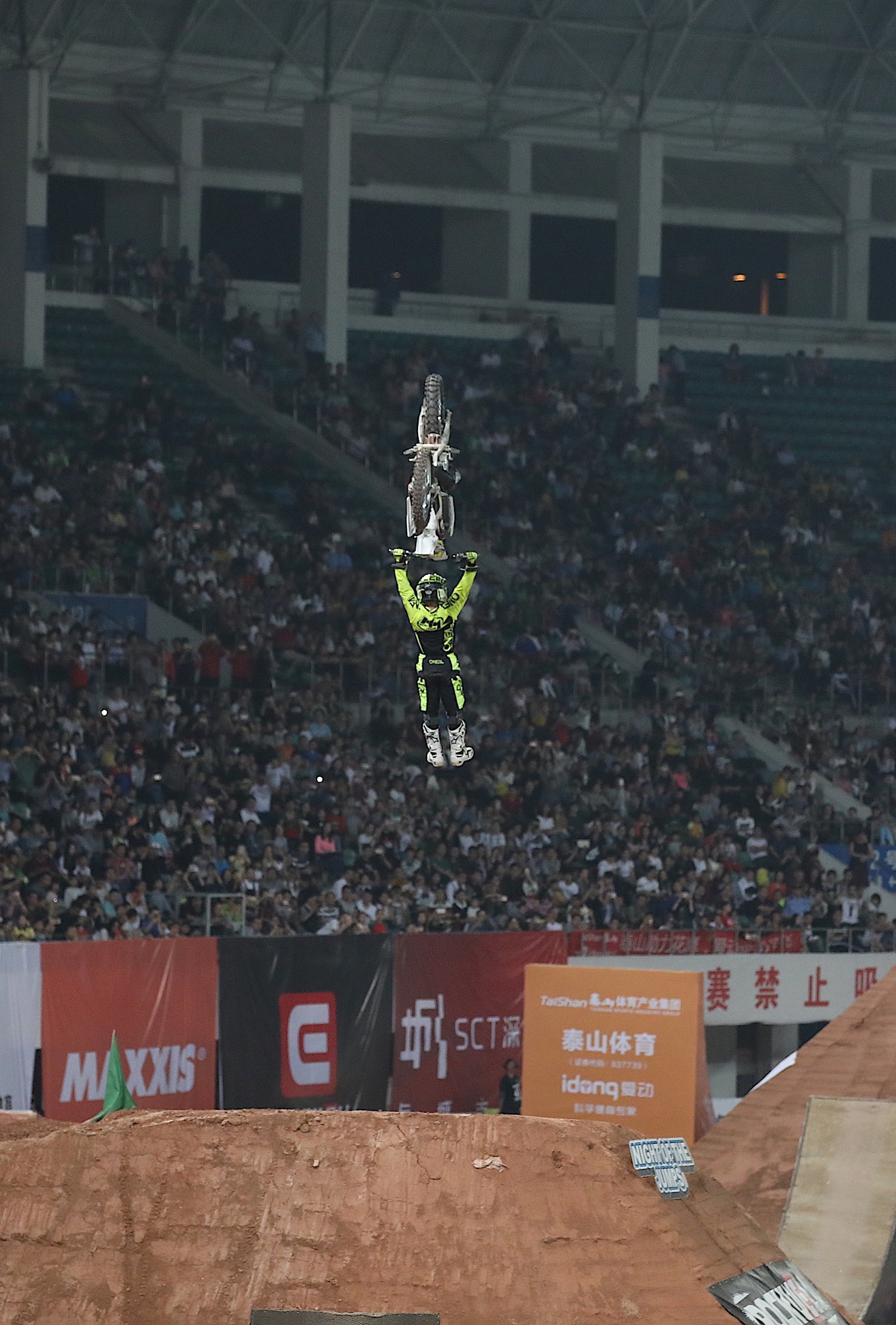 The season has ended for the World Championships, however NIGHT of the JUMPs will return on the 9th of December in the King-Pilsener Arena in Oberhausen, Germany with the new format of World Team Challenge. The challenge will pit the nations of Czech Republic against Australia and the home nation, Germany in a battle to find the best nation overall. NIGHT of the JUMPs World Championships will recommence in 2018 in Basel, Switzerland on the 27th of January. 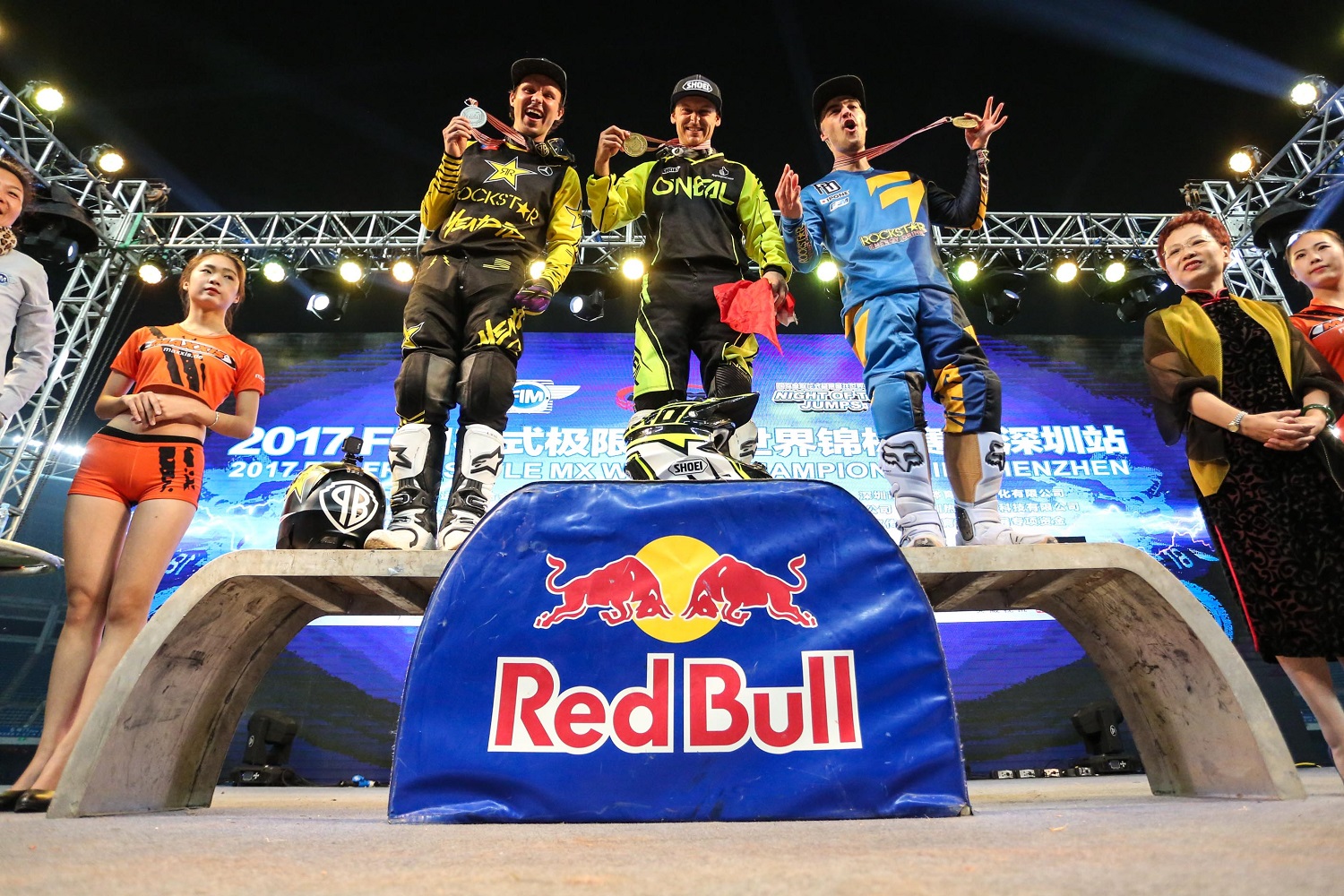 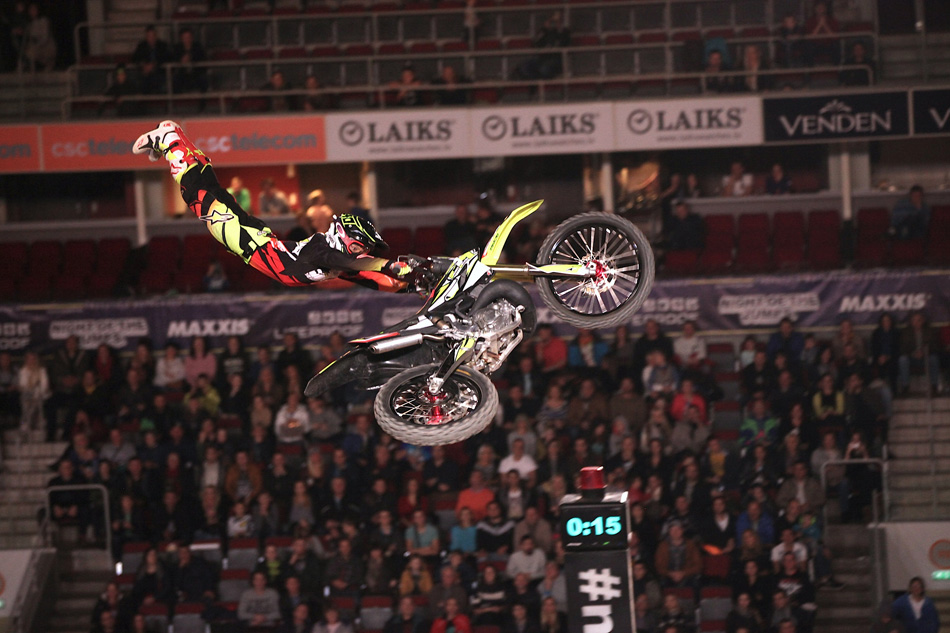 Night of The Jumps Riga | Highlights and Results

Read More
Night of The Jumps Riga | Highlights and Results 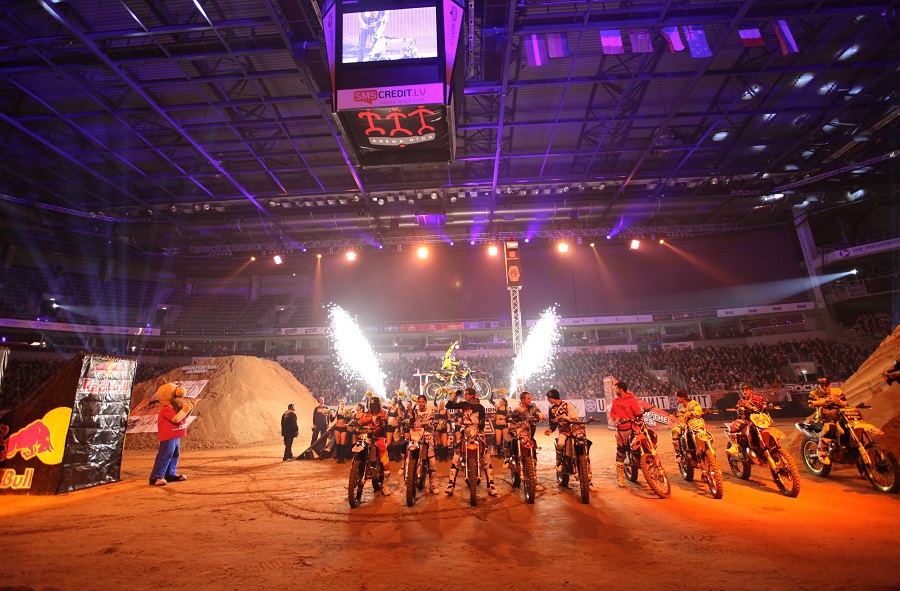