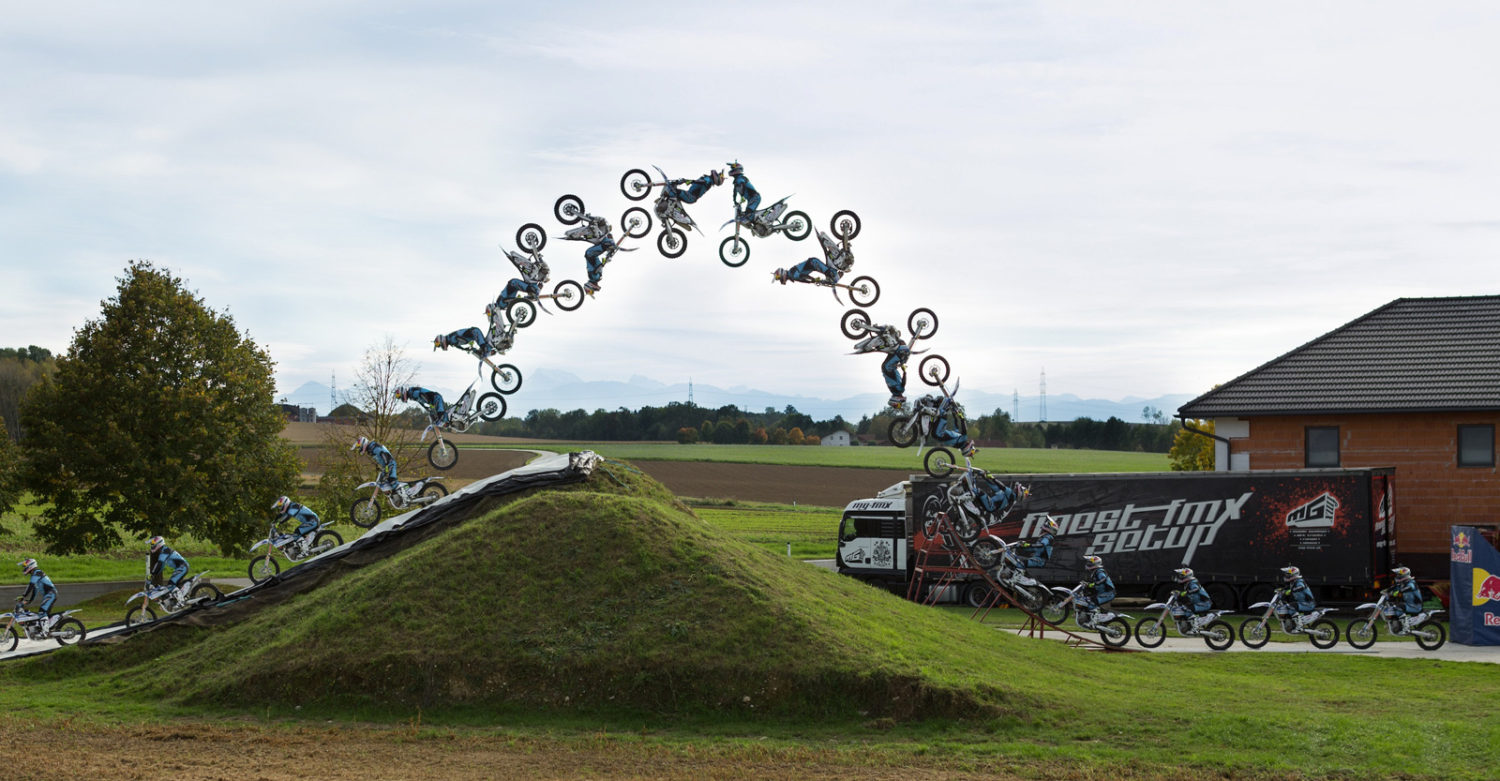 A new world record has just been made by Red Bull’s Luc Ackermann from Niederdorla in Thuringia! With his jump on 3rd October in the Austrian village of Piberbach, the 19-year-old became the youngest motorcyclist ever – and the first German – to pull off a Double Backflip.

For the world record to be officially recognised he had to land safely on a sand piste. An elaborate ramp was built to stage the latest milestone in the history of this extreme sport. 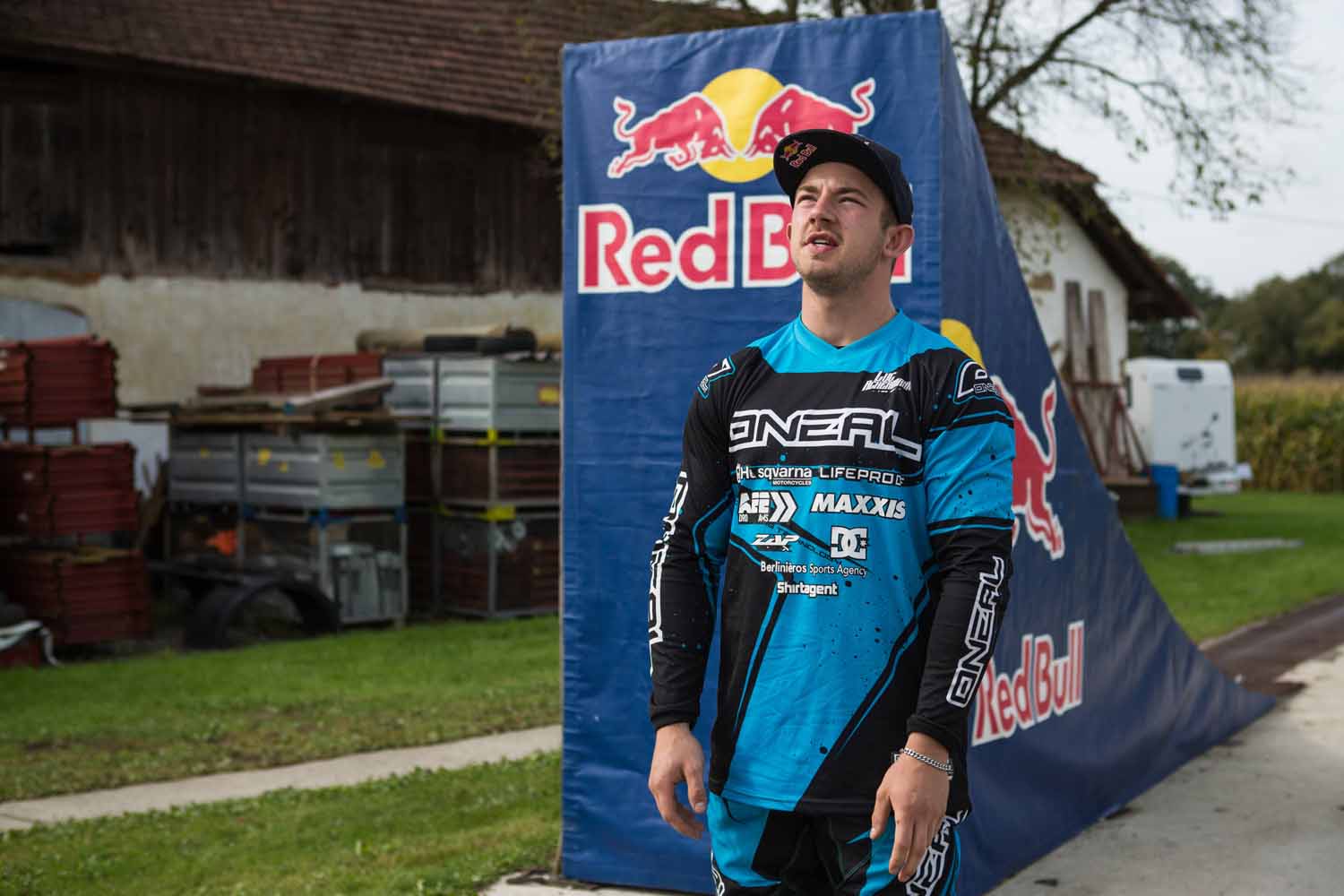 Luc began by doing the double backflip into freestyler Gerhard Mayr’s foam pit on 2nd October. He had practised the jump with cushioned landing at his training site in Niederdorla. On 3rd October the young Red Bull FMX rider upped the stakes, landing this time on an airbag. Late in the afternoon he was ready for the big one. After ten jumps onto the airbag, Luc executed a perfect double backflip onto dirt. The world record was his!!! 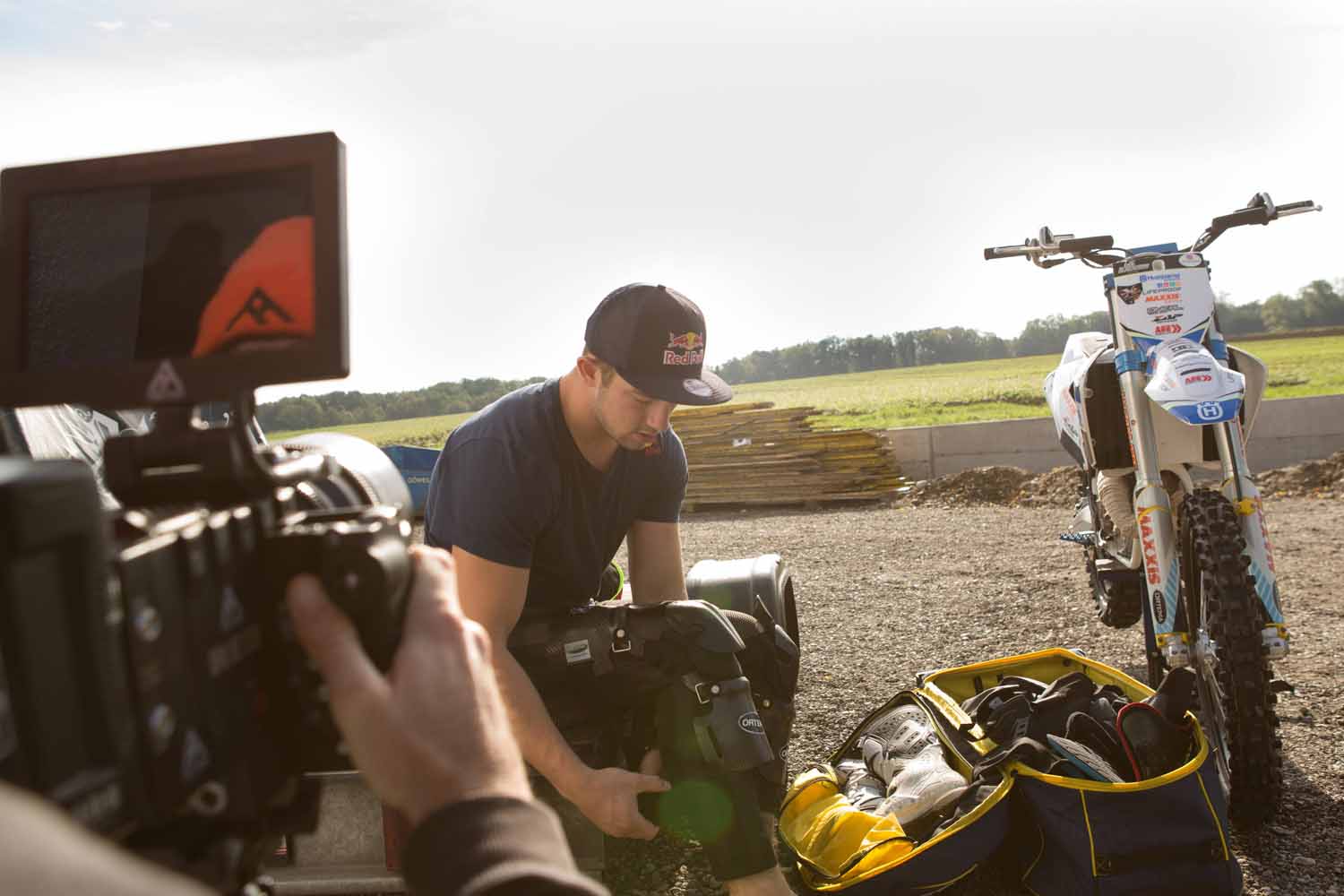 “I’d been wanting for a long time to be the first German and youngest FMX rider to do the double backflip,” the Thuringian said after the jump. “I’d already done the youngest single backflip onto dirt in history in 2010 at the NIGHT of the JUMPs in Cologne. The double backflip is one of the hardest tricks out there. I’m ecstatic. And I want to thank all the people who supported me in the process.

The first-ever double backflip was performed by the American, Travis Pastrana, at the 2006 X Games. Since then, only a few FMX riders have joined the elite club of double backflippers. They are Cam Sinclair (AUS), Scott Murray (USA), Josh Sheehan (AUS), Levi Sherwood (NZL), Harry Bink (AUS), Tom Pages (FRA), Chris Meyer (ESP) and recently Pat Bowden (AUS). Luc is the first German and youngest rider ever to land the trick to dirt. 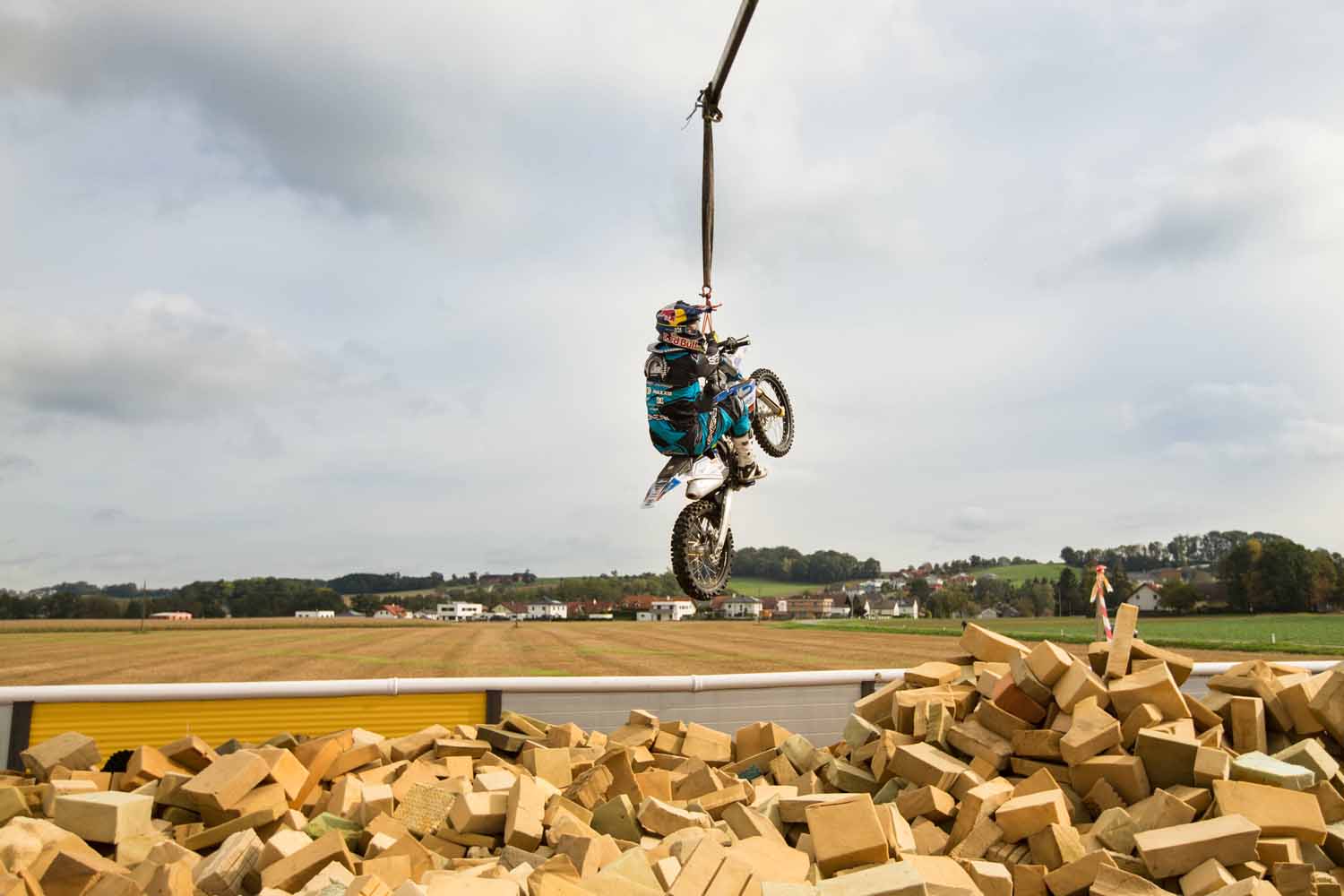 At the tender age of 19 Luc Ackermann now holds four world records. In October 2010 he pulled off the “youngest motorcycle backflip of all time” at the NIGHT of the JUMPs in Cologne. At the same venue exactly two years later, on 6th October 2012, he jumped over 9 metres at the MAXXIS Highest Air, the high-jump competition of the NIGHT of the JUMPs / FIM Freestyle MX World Championship series, making him the youngest freestyler to have cleared that bar. In March 2013 he was one of 18 FMX riders at the Nitro Circus film premiere in London to do a simultaneous backflip, securing them a place in the Guinness Book of Records. In early June 2017 Luc won the NIGHT of the JUMPs in Hamburg, making him the youngest winner in the history of the series. And now he has notched up another world record with his “youngest motorcycle double backflip.” 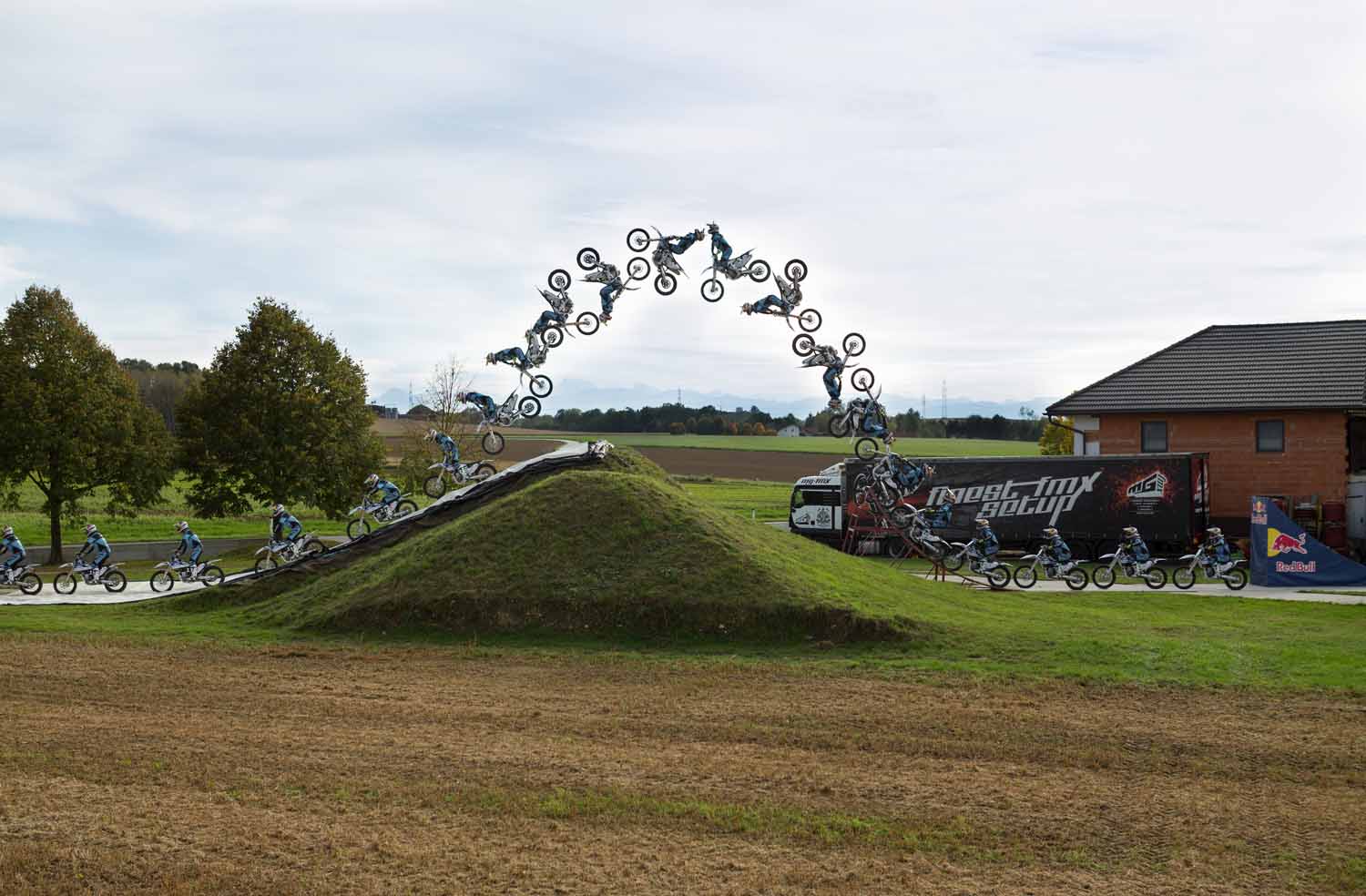 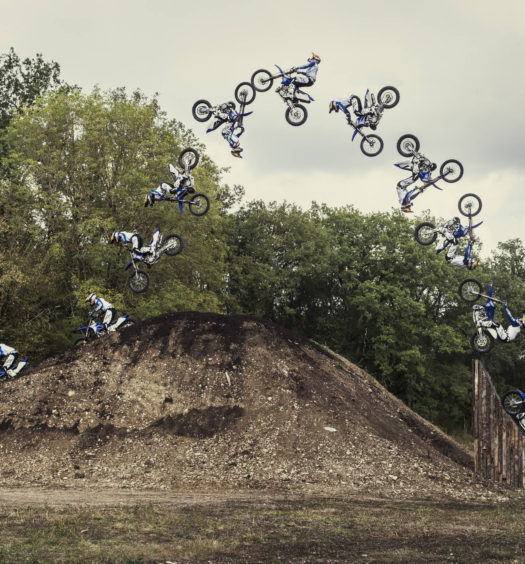 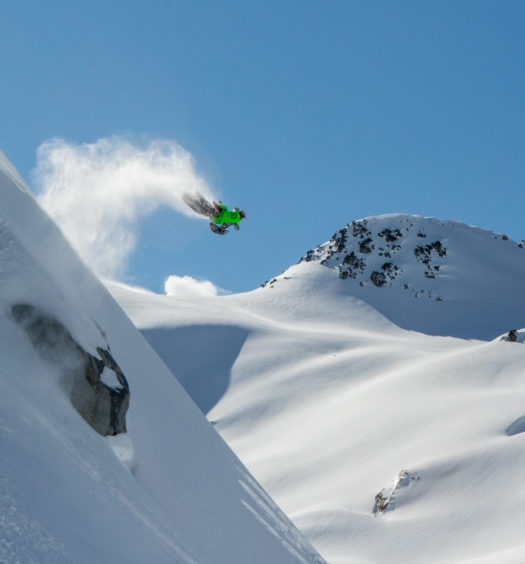