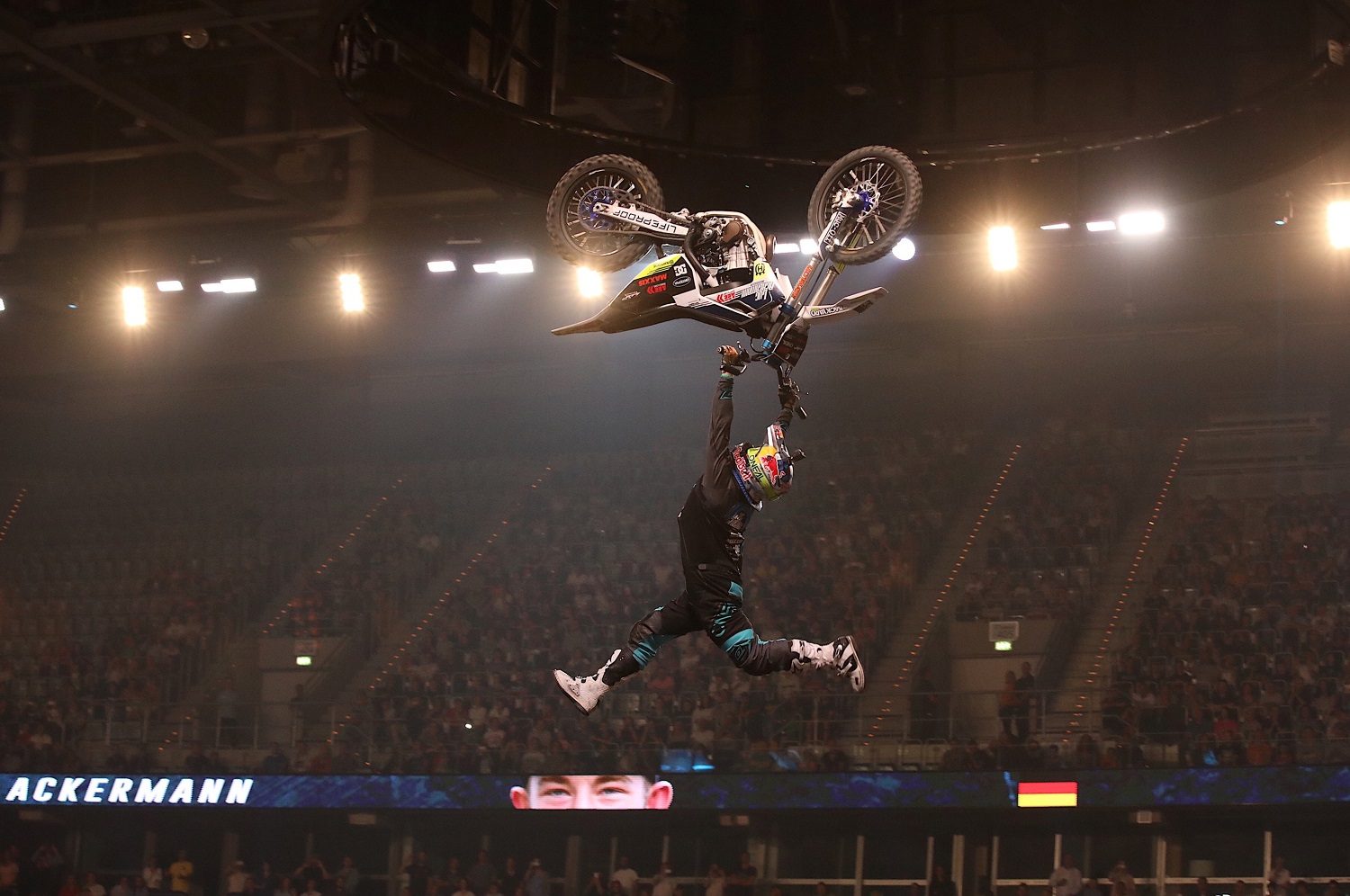 On Saturday, NIGHT of the JUMPs stormed Mannheim, Germany for the final round of the 2018 FIM European Freestyle MX Championship. The night would see the 2018 FIM European Champion crowned and all eyes were on home-town hero Luc Ackermann, after the young Red Bull rider won the previous round with his crazy new Double Backflip and was the sure favourite going into the contest.

Watch the highlights from NIGHT of the JUMPs Mannheim below:

Full press release from Night of the Jumps below:

Kicking the night’s entertainment off was the qualifying round of Freestyle MX. Remi was lucky to make it through to the finals with a sixth position after suffering a hand injury. Whereas Maikel Melero had a solid run and secured his finals berth with second in qualifying. Luc Ackermann wanted to put an exclamation point on the night by qualifying with huge tricks such as the Flair, Surfer Tsunami Flip and the Double Backflip. He secured the pole position into the finals and ended the epic qualification with 32 points ahead of the German. 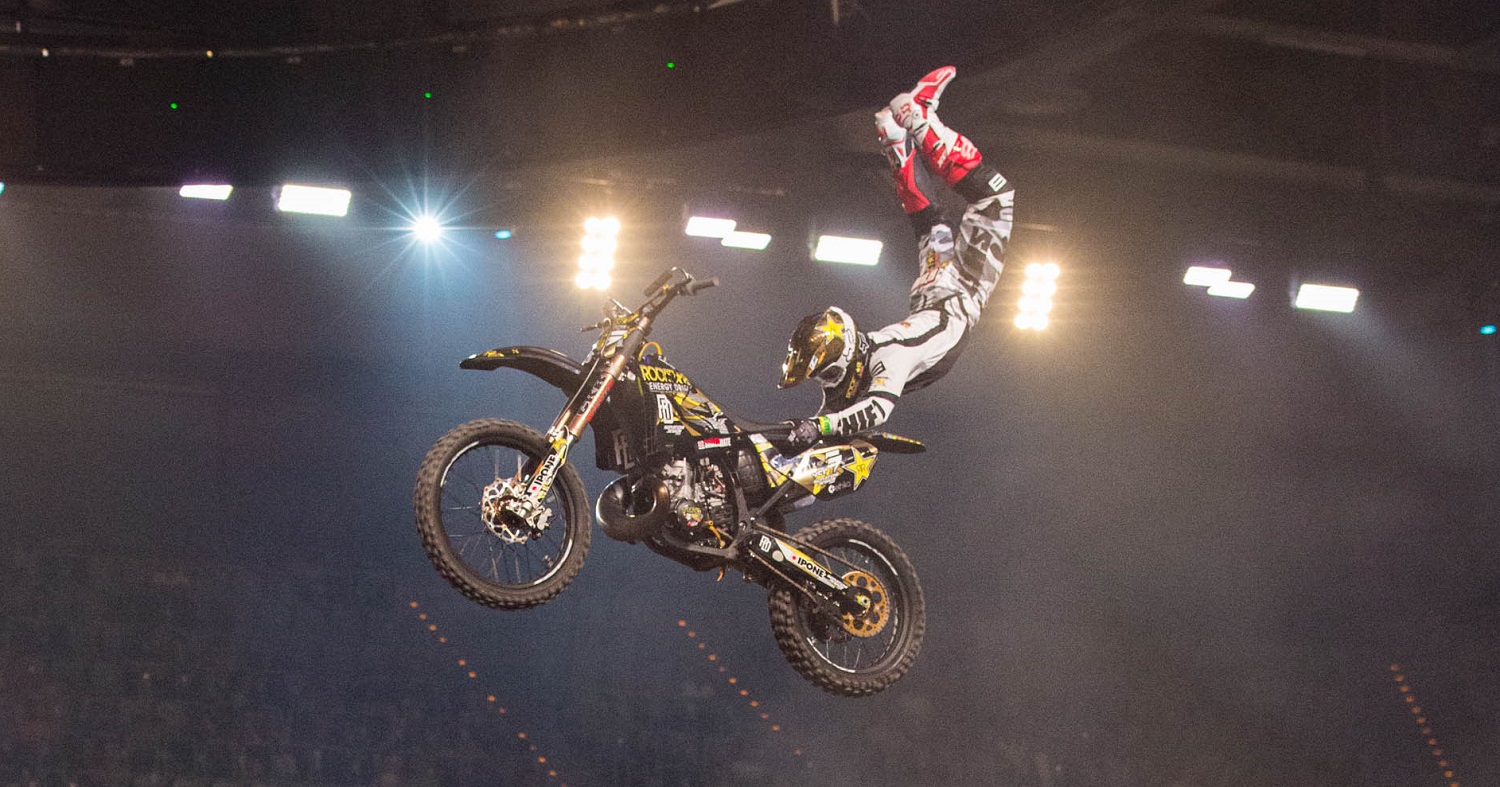 Although the second German star, Kai Haase couldn’t reach the finals despite a Lazyboy Flip and Egg Roll, he found two better reasons to cheer for the night by taking out the Maxxis Highest Air win in a thrilling high jump duel with Brice Izzo. Haase just sneaked over the 9.00 metre mark on his last jump and secured the Maxxis trophy. He also won the Rockwell Best Whip competition with some big Turndown whips but also huge flat racer whips. 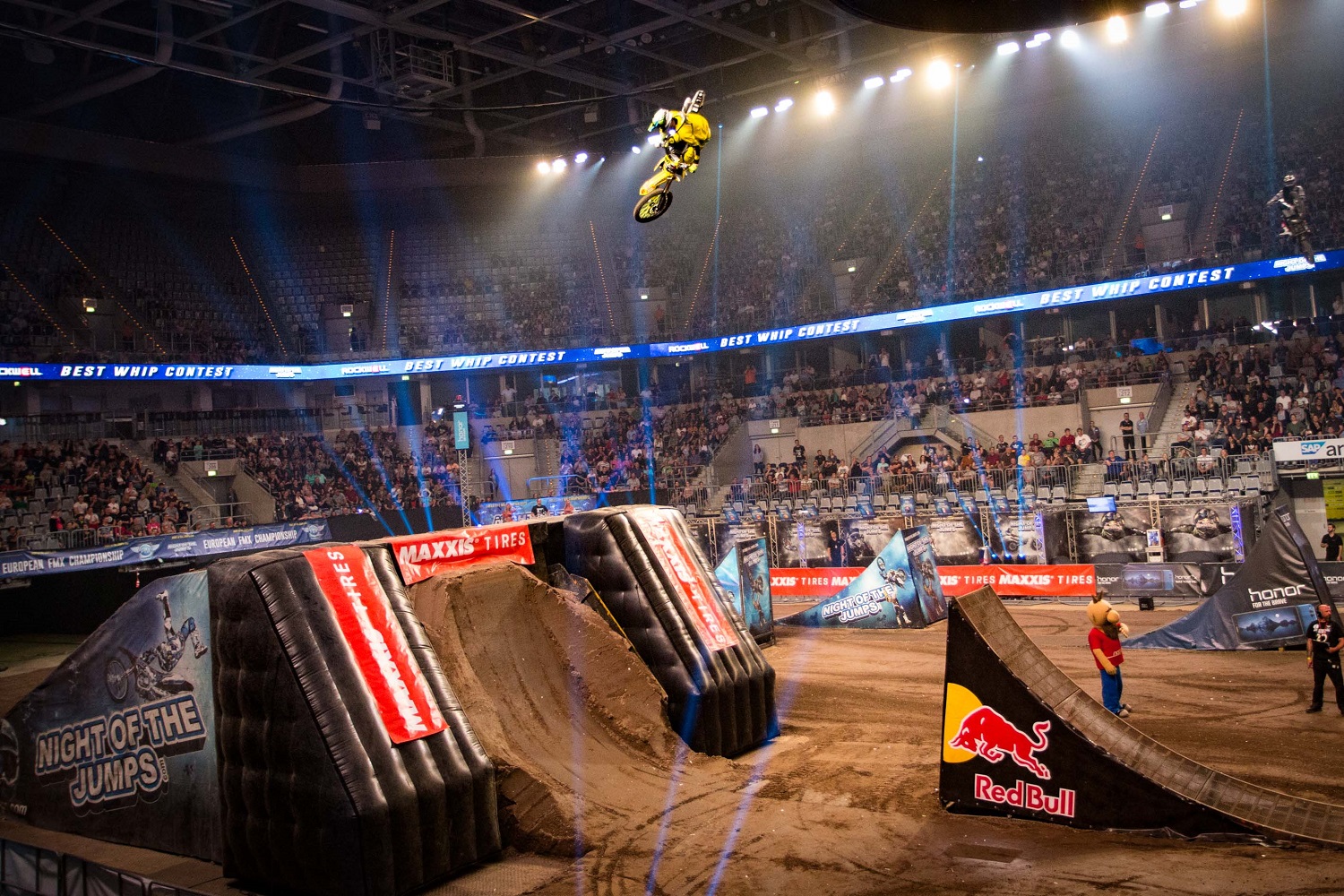 In the final of the FMX European Championship, all the riders were hunting Luc Ackermann with their biggest tricks. David Rinaldo pushed through for his Dead Body Flip and finished with a California Roll to jump back on the podium. Libor Podmol landed the Surfer Tsunami Flip and California Roll and Melero landed his Nac Flair and his version of a California Roll. Pat Bowden had a run riddled with errors and Dead Sailors which meant he couldn’t make it to the podium.  Remi Bizouard also couldn’t keep the pace and didn’t perform his Volt body varial and had to say goodbye to his European Championship title fight.

As the last rider, the young German had the entire audience behind him, cheering him on to win.  Luc showed nerves of steel by landing a massive Ruler Indy Flip, Seat Grab Indy Flip, Surfer Tsunami Flip, Flair, 360, Holy Grab, Nac 360 and finishing with the Double Backflip. With 418 points, he took the win in Mannheim over Maikel Melero and David Rinaldo.  With a clean sweep, Luc Ackermann won his first overall FIM European Championship over Maikel Melero and Remi Bizouard.

NIGHT of the JUMPs will now go into the Summer Break and return for the second half of the season on October 6th, 2018 with the FIM Freestyle MX World Championship competition in Cologne at the Lanxess Arena. The crowd in Mannheim can hold the date for the next round on the 6th of March, 2020 when NIGHT of the JUMPs will return with more fireworks and bigger tricks. 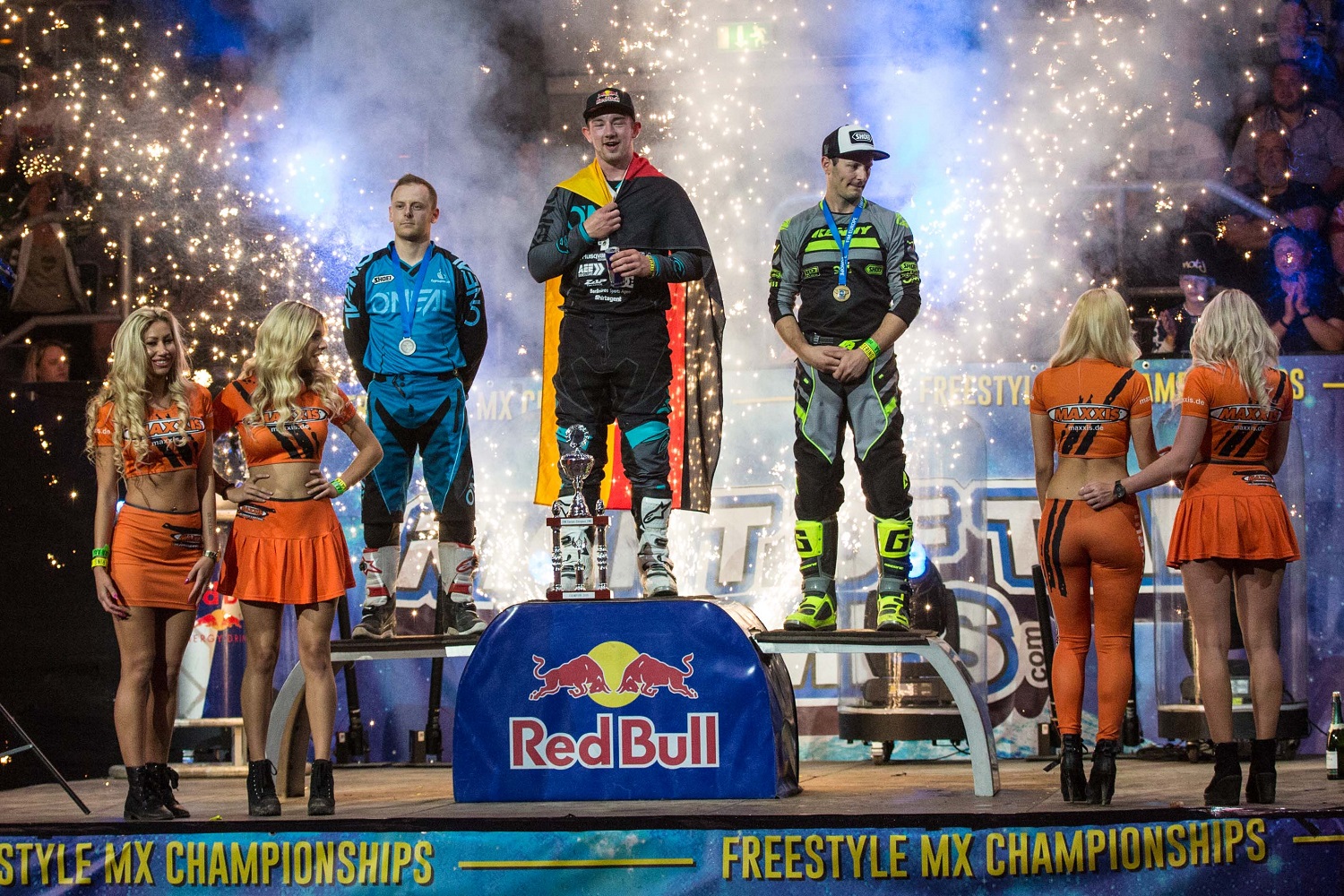 NIGHT of the JUMPs – Finals Results

Photo credit: Night of the Jumps 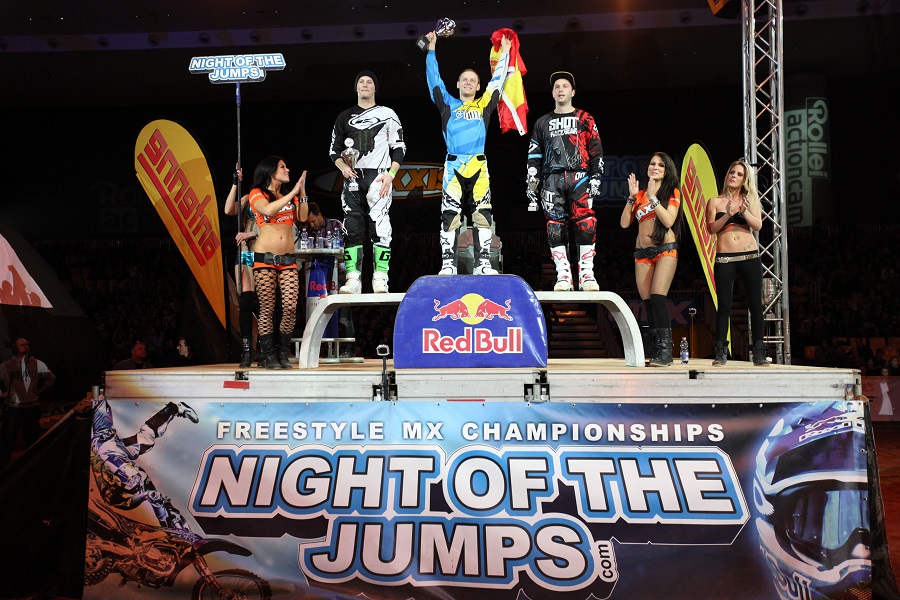