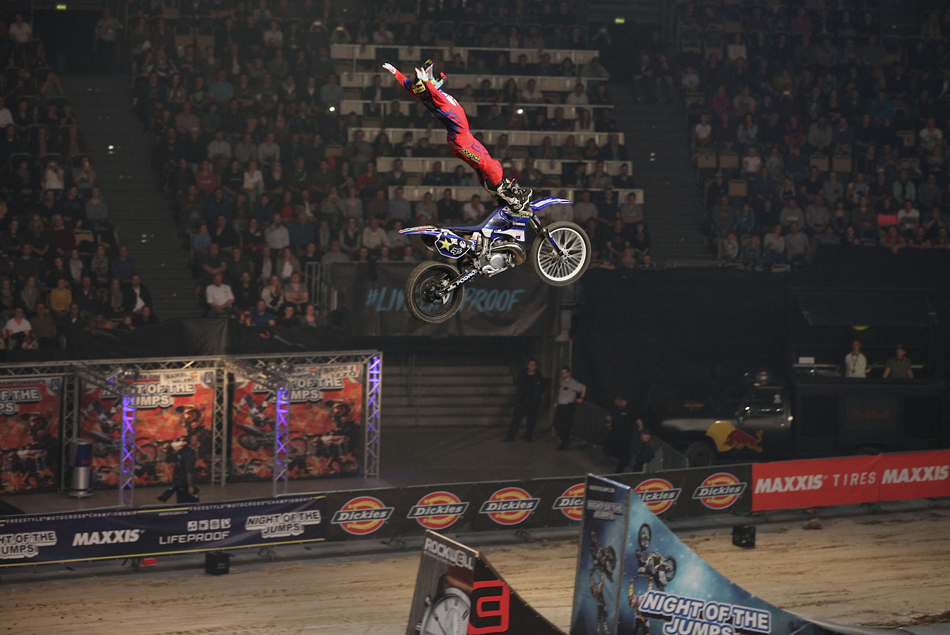 On Saturday night, 11 riders from 6 nations stormed the Bavarian capital of Munich for the sixth NIGHT of the JUMPs of 2016, for the 3rd round of the European FMX Championship.

David Rinaldo shocked the Munich crowd and the judges when he unleashed two new tricks in qualification. First he brought the Dead Body Flip under the Olympic Halle roof, then directly into the Lazyboy Flip. Although he didn’t show a body varial he ended in first place after the preliminary round. He was followed by Remi Bizouard in second and Libor Podmol in third. Reigning World Champion Maikel Melero was in fourth position and Leonardo Fini brought his new California Roll to make it to 6th position and sneak into the finals. 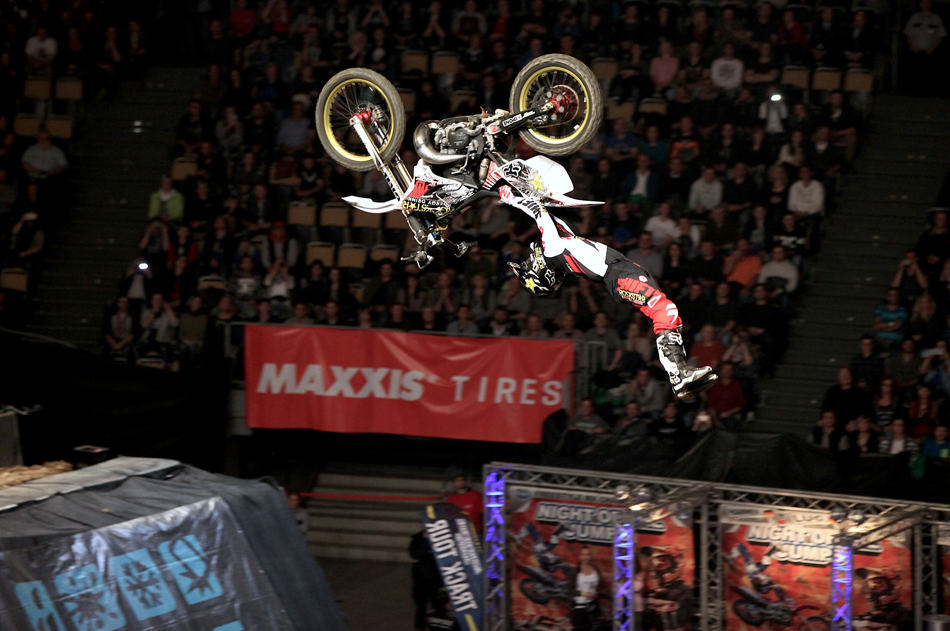 After a long injury, Marc Pinyol returned to NIGHT of the JUMPs, however the little Spaniard had some small mistakes including a flip deadsailor and not completing the Cliffhanger Flip. But Pinyol was able to console himself fairly quickly as in a heartbeat the LifeProof Bes Whip finals were starting and he was clearly the winner with bigger whips against Remi Bizouard and Luc Ackermann in the final. The Maxxis Highest Air trophy went again to Jose Miralles with 8.50 metres.

After Leo Fini showed a solid run to open the final 6 riders, he was followed by Luc Ackermann who brought a blistering display of tricks to the Olympic Halle. The 18 year old German, almost home-town kid, built upon his cracking qualification run by bringing two extra tricks, with the Egg Roll and the California Roll. With 374 points it was enough for him to take the hot seat.

For the first time in 10 NIGHT of the JUMPs competitions, the reigning World Champion, Maikel Melero wasn’t able to oust the other riders. With a crash on his first trick, the Egg Roll, it was an uncharacteristic mistake which saw him knocked out of the race.

Libor Podmol was firing on all cylinders, bringing the California Roll and his own style of Egg Roll which is like a 360, plus the Cliffhanger Flip, LP Roll, Supercan Flip and Surfer Tsunami Flip plus the Volt, he earned a whopping 414 points. He pushed Ackermann from the thrown and then held onto it for the rest of the night.

It wasn’t made easier with three-time World Champion, Remi Bizouard coming up next. Even with a clean Egg Roll, he didn’t do his Volt body varial and it cost him dearly in points. He ended up behind the younger German rider to finish in fourth place. Rinaldo also wasn’t able to catch Podmol. Even with his Deadbody Flip, Lazyboy Flip, One hand take off Seat Grab Flip and California Roll, it was only enough for 404 points and second place. 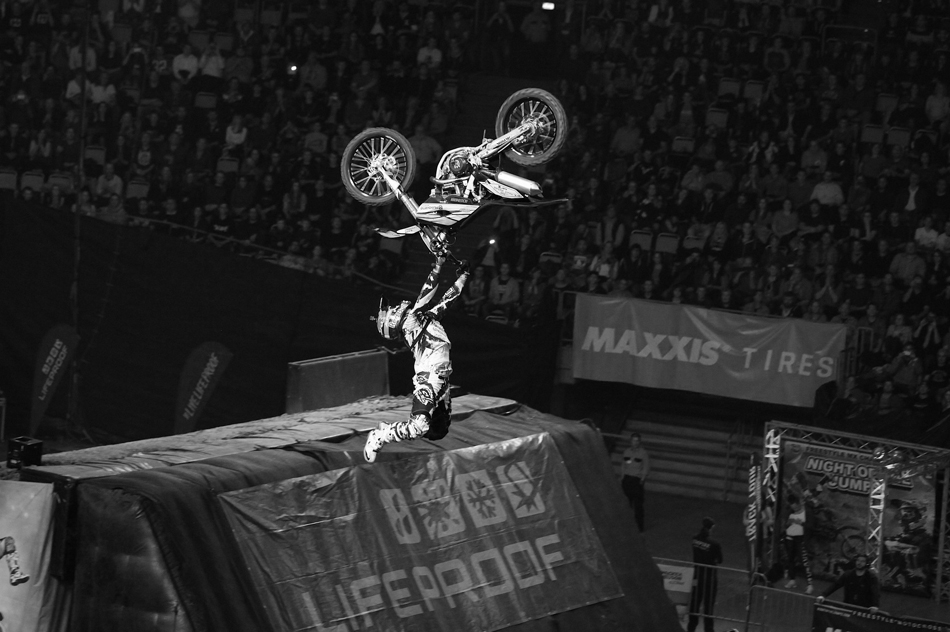 The final of the European FMX Championships will take place in exactly one month at the NIGHT of the JUMPs event in Mannheim, Germany (May 21, 2016 – SAP Arena) 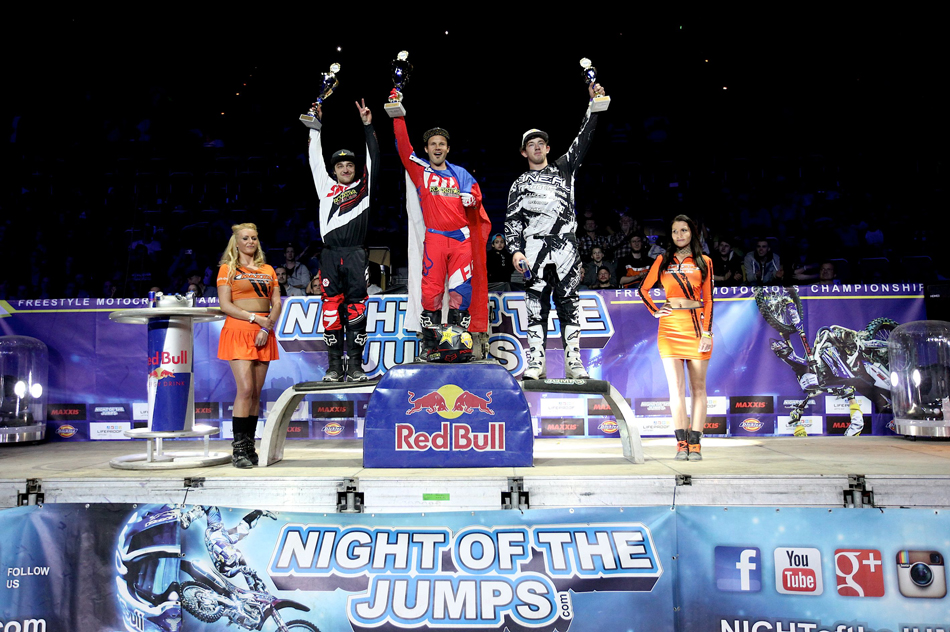 Photo: NIGHT of the JUMPs 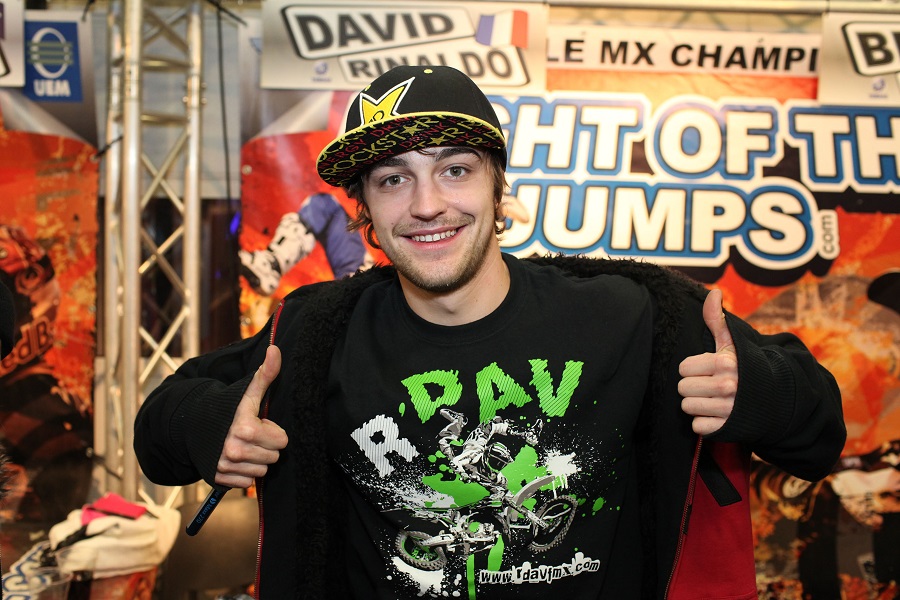 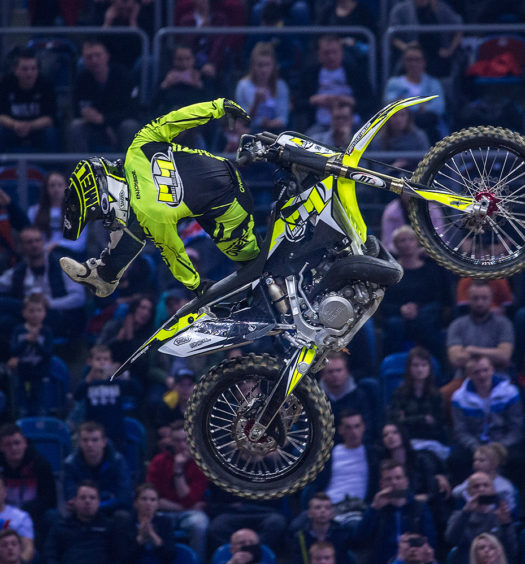