The inaugural Nitro World Games is set to go down in the summer of 2016! With X-Games FMX almost non-existent now and the Red Bull X-Fighters series going down to one stop for 2016, Travis and the Nitro Crew have stepped up to fill the void and are going top be holding a new style of action sports contest that has the potential to be beyond epic! 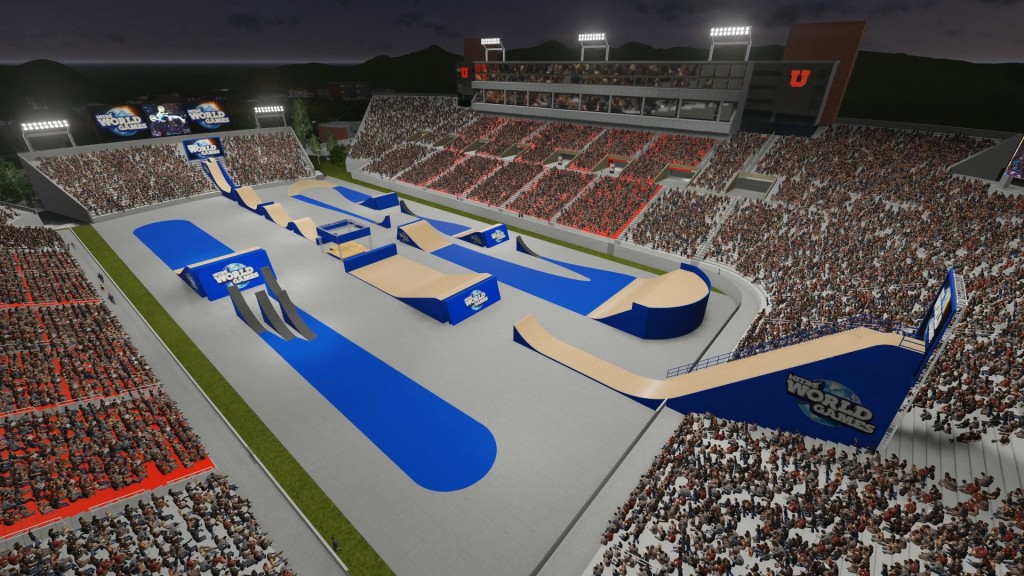 “Action sports is about progression, pushing the envelope to go bigger, faster and farther than ever before,” said Pastrana. “When it comes to competition, I expect to see the best of the best going head to head, attempting tricks no one has ever seen before. With the Nitro World Games, we wanted to create an event that raised the bar and took action sports to the next level.”

“This is a passion project for Travis and for myself as well. We have worked tirelessly for three years with one goal in mind: a total reinvention of action sports competition. This is absolutely essential for the industry’s growth,” said Porra. “Nitro Circus was created right here in Salt Lake City and it remains our spiritual home. It also hosted the tremendously successful XIX Olympic Winter Games in 2002. I can’t think of a better location for the Nitro World Games.”

“We are thrilled to bring this new and innovative event to prime time television,” said Rob Simmelkjaer, Senior Vice President, NBC Sports Ventures. “The Nitro World Games will feature many of the world’s best action sports athletes competing in an entirely different format than anyone has ever seen before.”

“Sports are an indispensable part of Utah’s ‘Life Elevated’ experience,” Gov. Herbert said. “We are pleased that Nitro Circus has selected Utah to host the inaugural event. Sports bring a community together and provide a universal language we can all share and celebrate.”

“Action sports have been a key part of Utah’s sports infrastructure, and we look for opportunities to grow this space,” said Jeff Robbins, president and CEO of the Utah Sports Commission.

 “Partnering with Nitro Circus on this major international event continues to highlight Utah as an action sports destination, while providing significant opportunities for economic impact and exposure for the state.”

The Nitro World Games will host the world’s biggest stars and the most accomplished athletes in action sports. It will also feature new disciplines, formats, tricks and all new ramps along with a Nitro-invented live scoring system ensuring fans can totally engage with the competition during every single minute of the Games. Each event will be a final round with everything on the line. Riders will attempt awe-inspiring — and in many cases brand new — tricks, all of which will create intensity on the track, energy in the stadium and must-see television for viewers. Independent and legendary veterans of each discipline will judge the fierce competition with pre-agreed degree of difficulty for every trick, ensuring the fairest and easiest to understand scoring system ever developed.

The Nitro World Games events will include 7 Gold Medal events:

Every action sports athlete in the world is eligible to compete in the Nitro World Games. Riders can attempt to qualify through preliminary events to be held at the Nitro Circus Academy of Excellence at Woodward West and at Travis Pastrana’s “Pastranaland” complex in Maryland U.S.A. Finalists will participate in the epic main competition at Rice-Eccles Stadium on July 16.

Also, Pastrana will lead an old school FMX throwdown in the Travis Pastrana No Rules Freestyle Legends Event. Pastrana’s brainchild, this goes back to the core of FMX, where riders challenged each other to hit any terrain and jump off any object, simply to see who could land the most outrageous trick. Pastrana will personally design the course and select the competitors from among the biggest icons in the sport. A panel of judges will rate each run. They will not give out scores, but rather simply decide who will earn the honor of the gnarliest rider on the planet.

As fans would expect from Nitro Circus, the Nitro World Games will feature a massive production, with over 15 different ramps – including Nitro Circus’ trademark 50-foot Giganta Ramp and the biggest setup in the history of FMX Big Air – filling the stadium floor, plus pyrotechnics, state of the art replay screens and more. Fans both in the stands and at home will be blown away.

NBC Sports will present three hours of live coverage of the Nitro World Games in the United States, with the telecast starting at 8 p.m. ET on NBC. All coverage shown on NBC will also be streamed on NBC Sports Live Extra, NBC Sports Group’s live streaming product for desktops, mobile devices, tablets and connected TV’s. Outside of the U.S., NBC will distribute the Nitro World Games on leading networks globally via tape delay. 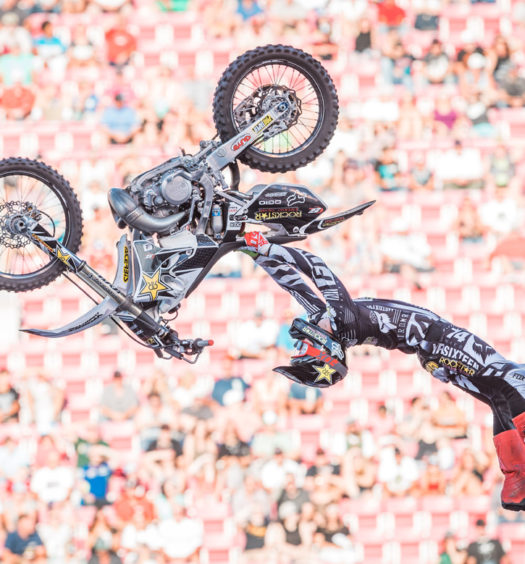 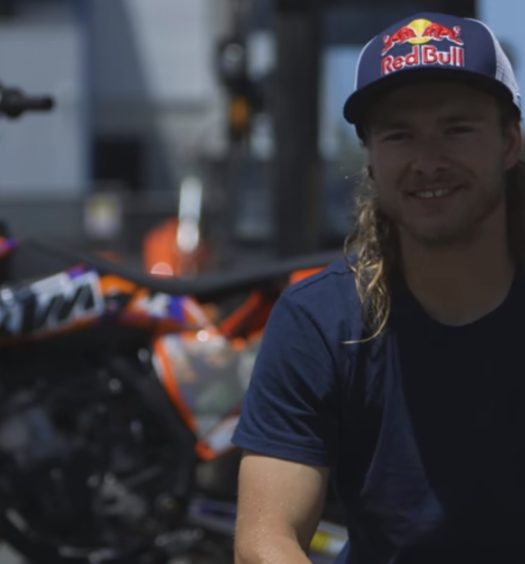