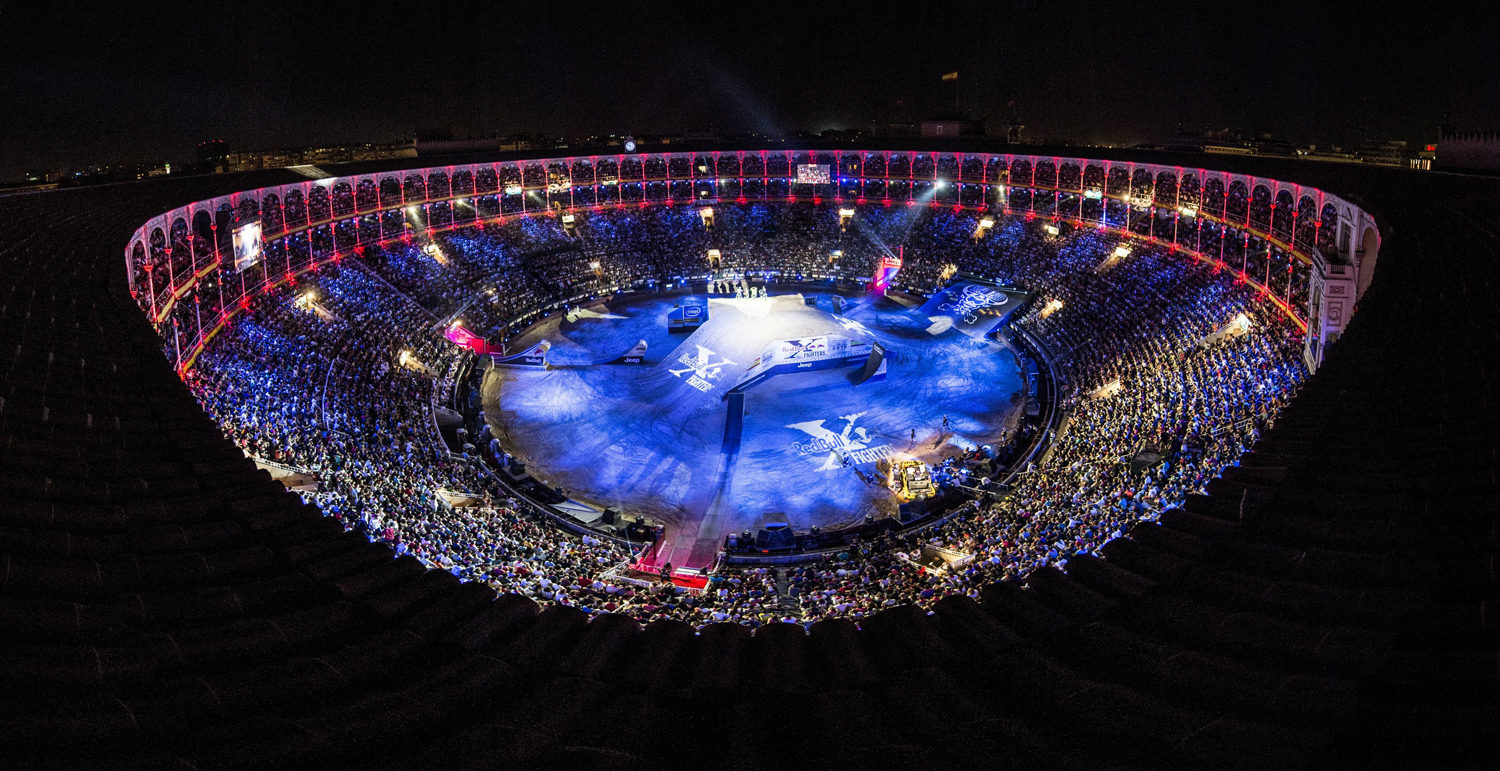 The Las Ventas bull ring seen during the finals of the Red Bull X-Fighters in Madrid, Spain on June 24, 2016 // Jose Luis Carrascosa/Red Bull Content Pool // P-20160625-00527 // Usage for editorial use only // Please go to www.redbullcontentpool.com for further information. //
CompetitionsNews

Red Bull X-Fighters will be back in Madrid on July 7th, 2017. Frenchman Tom Pagès will try to win for the fifth time in a row, but for two talented young FMX riders the event could be the beginning of a great career. The search for the two “Novilleros”, who will compete against the ten best FMX riders in the world, starts now!

Do you have the skills to be a FMX superstar?

The Red Bull X-Fighters in the Plaza de Toros de Las Ventas are the one event every young FMX rider dreams about being part of. After last year´s success with the two Novilleros Tom Robinson (AUS) and Sebastian Westberg (FIN) the Red Bull X-Fighters are once again looking for two up-and-coming FMX talents to  compete against the best FMX riders in the world, such as reigning champion Tom Pagès and former Red Bull X-Fighters World Tour winners Clinton Moore (AUS), Josh Sheehan (AUS), Levi Sherwood (NZ) and six more of the biggest names in the business.

Riders who want to become one of the Novilleros will have to submit a profile with a questionnaire, a video clip of their riding skills and pictures. The goal is to win the hearts and votes of the FMX fans and the Red Bull X-Fighters sports committee. The first Novillero who will ride in Las Ventas is the one with the most fan votes, the second Novillero will be selected by the sports committee from the applicants who placed from 2nd to 5th in the fan voting.

FMX riders will be able to submit their video applications at redbullxfighters.com/novilleros from May 5th to 19th. Fans will be able to have an influence on the Red Bull X-Fighters riders line-up by voting for their favorite rider from May 20th to June 2nd. Two lucky participants, one with the most votes and another selected by the panel of experts, will compete with the big boys in Madrid. 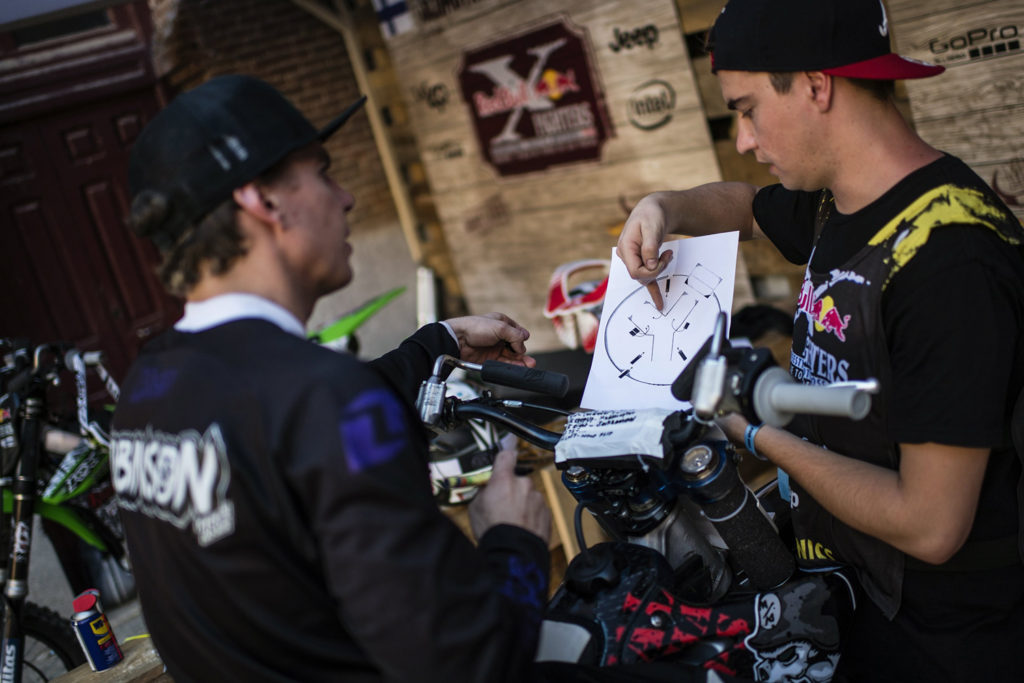 Tom Robinson of Australia seen in the riders area at the Plaza de Toros de Las Ventas during the qualifying for the Red Bull X-Fighters in Madrid, Spain on June 23, 2016. Photo: Joerg Mitter / Red Bull

Last year Australian Tom Robinson impressed the world not only by being selected by the sports committee as one of the two Novilleros but also by landing a trick never performed before – his own brand new body varial variation – and marking his name in the history books of the event and the whole sport of FMX. 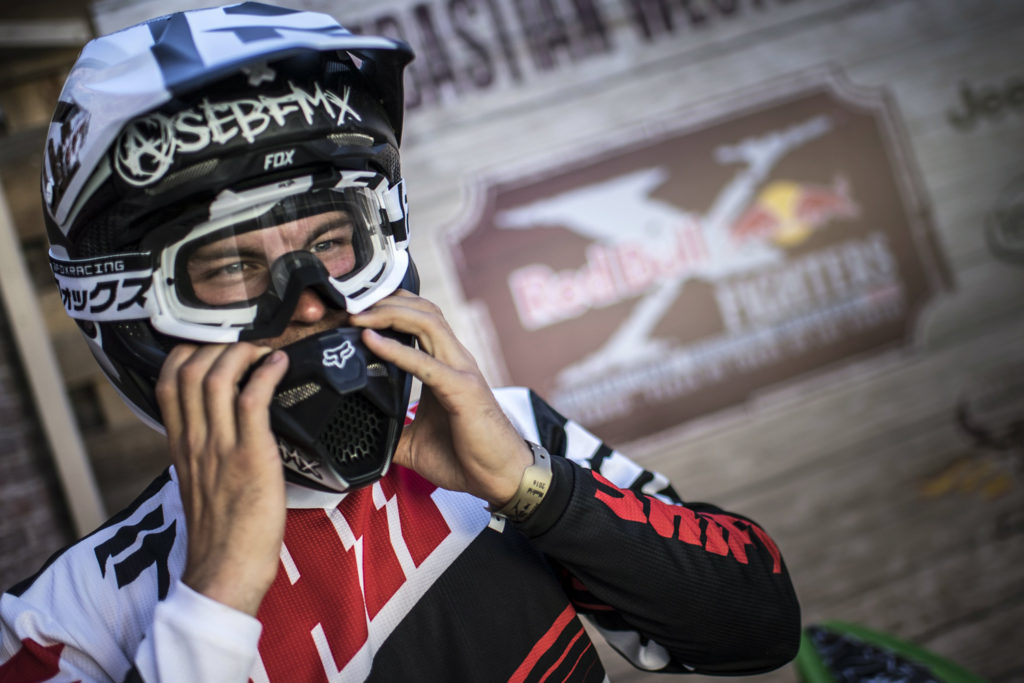 Sevastian Westberg of Finland seen in the riders area prior to the Red Bull X-fighters in Madrid, Spain on June 23, 2016. Photo: Predrag Vuckovic/Red Bull

Sebastian Westberg made his home country proud by becoming the first rider ever from Finland to compete at a Red Bull X-Fighters event after gathering the most votes from FMX fans. He did not disappoint during the competition, delivering a great run and commenting: “This was definitely the best competition of my life”.

Ticket sales for the Red Bull X-Fighters in Madrid on July 7th, 2017 are open and FMX fans should be quick to order since the event has sold out very quickly in the past.

Tickets can be purchased at www.redbullxfighters.com/tickets. 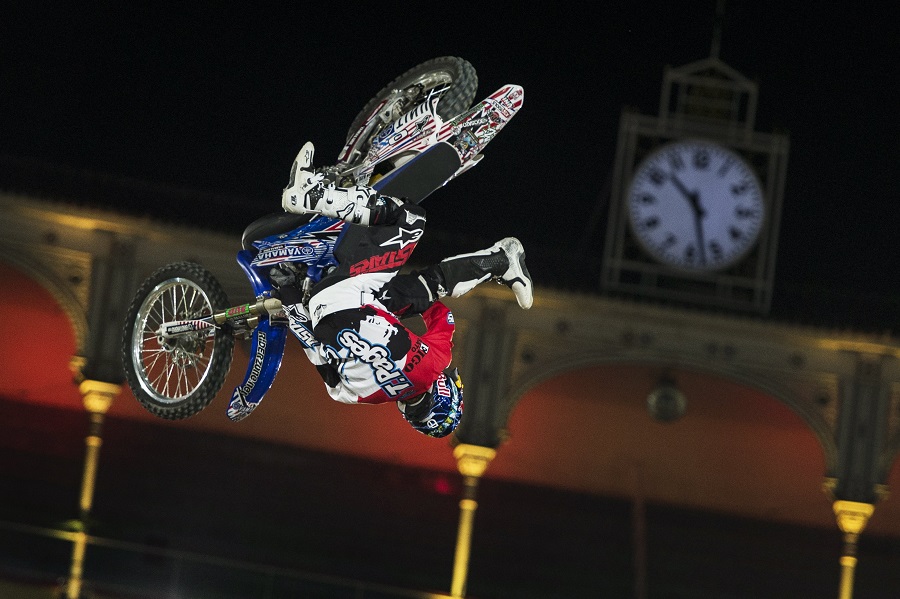 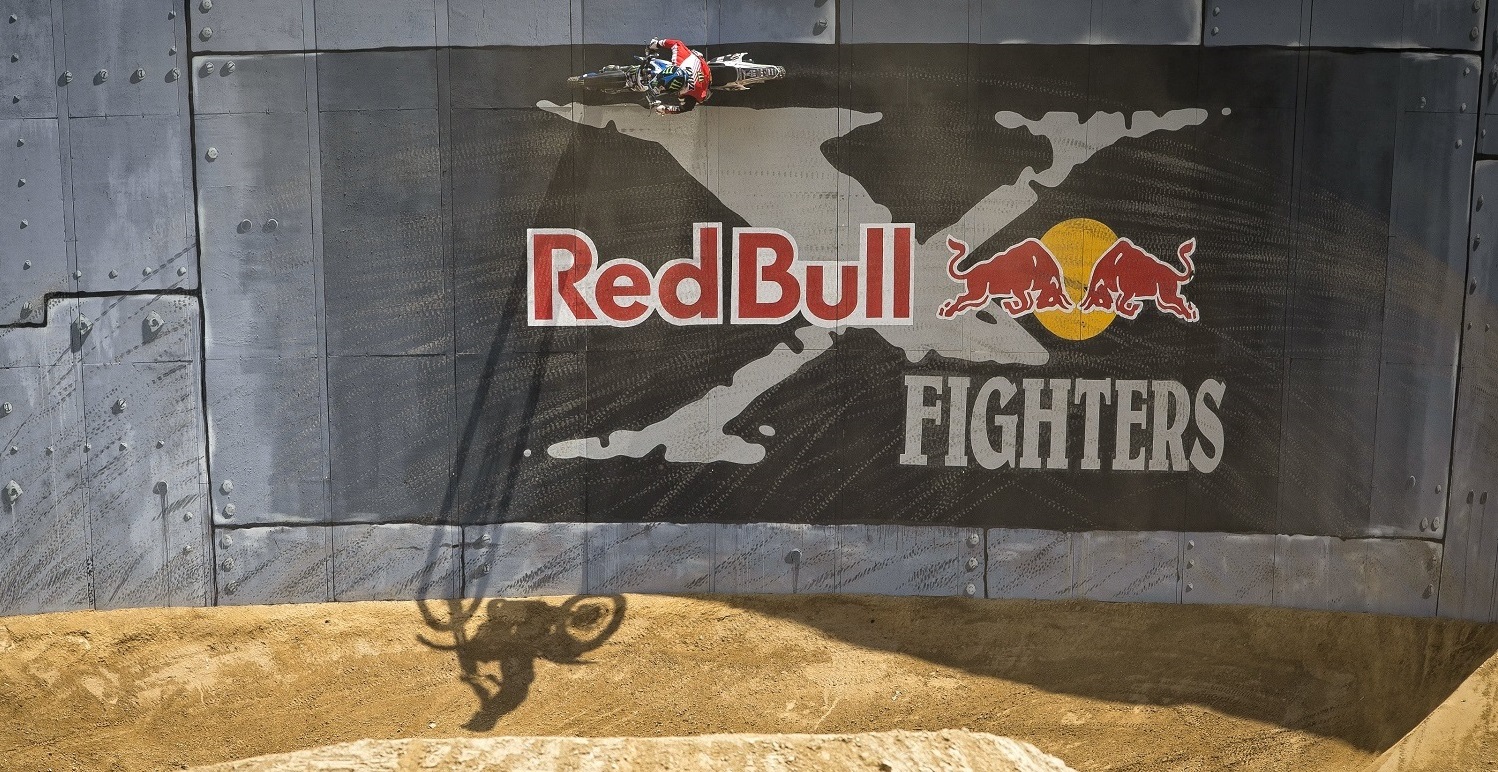