Riders Get Loose at Corentin Corbet’s FMX Jam in France

Riders Get Loose at Corentin Corbet’s FMX Jam in France 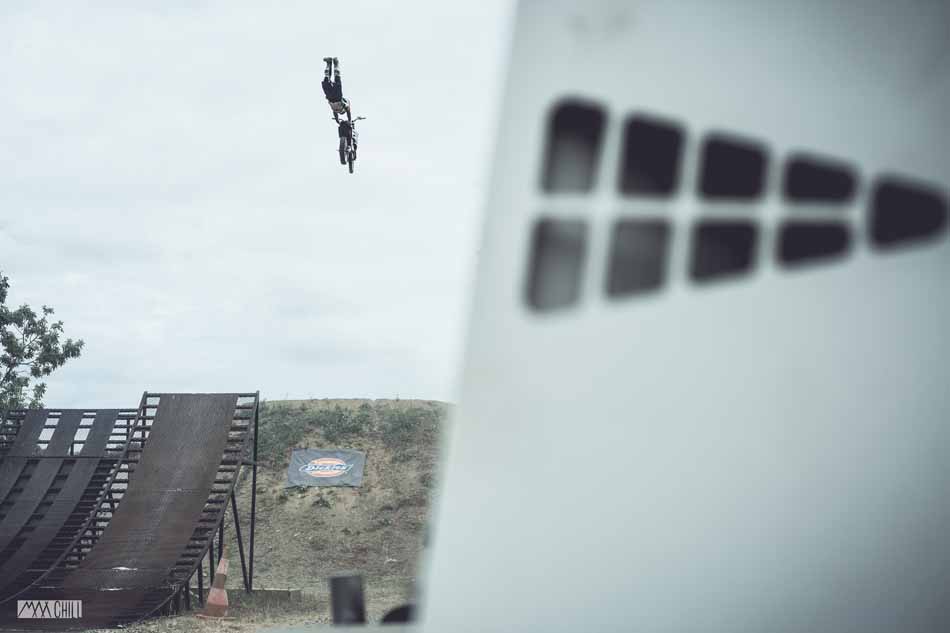 FMX riders on the west coast of France recently gathered for a fun FMX jam in the sun hosted by French rider Corentin Corbet. Fellow ripper Jay Bouchix tells us what went down…

For the last weekend of July, we set off on a road trip to an FMX Jam going down on the West coast of France in Charentass. The roads were hectic with all the holiday makers and the going was slow. After a quick stop in Nantes to pick up our buddy Max and his camera we hit the road again.

When we eventually arrived at the spot it was a good turn out and I could tell there was going to be a lot riders out on the ramps which was awesome to see! 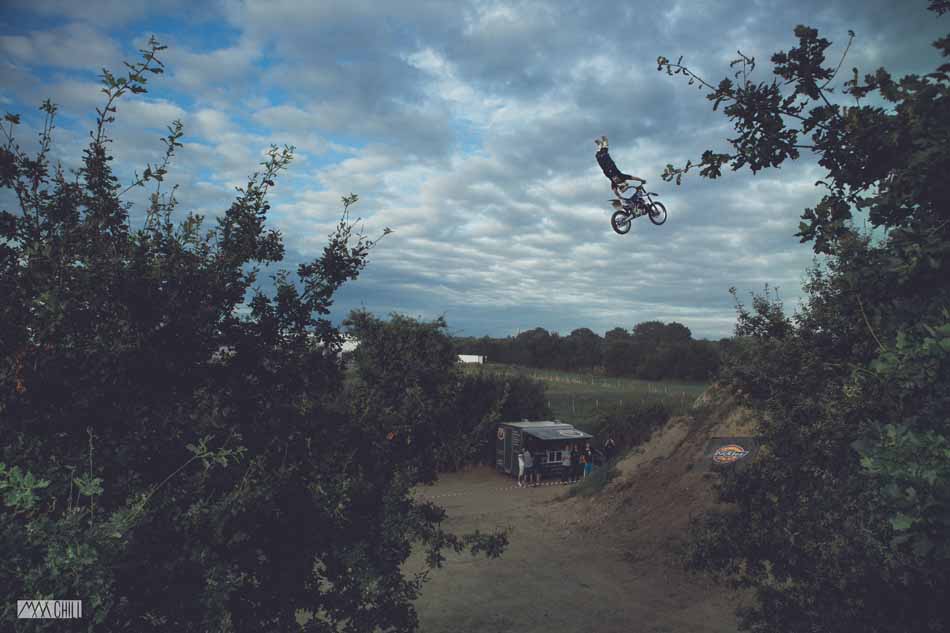 Fifteen riders answered the invitations of Corentin Corbet, who prepared a really sick set-up for the event.  There was two ramps, one was for a quad, going into a really nice landing with a perfect shape that was regularly watered to keep the dust down. Corentin ate some dirt early in the session after crashing a No-hand landing, but managed to get back up and land his trick with style. Local Charentass FMX riders were out representing like Joel Lascoux who got some props for his massive Whips, steezy Turndowns and big Nac Flips. 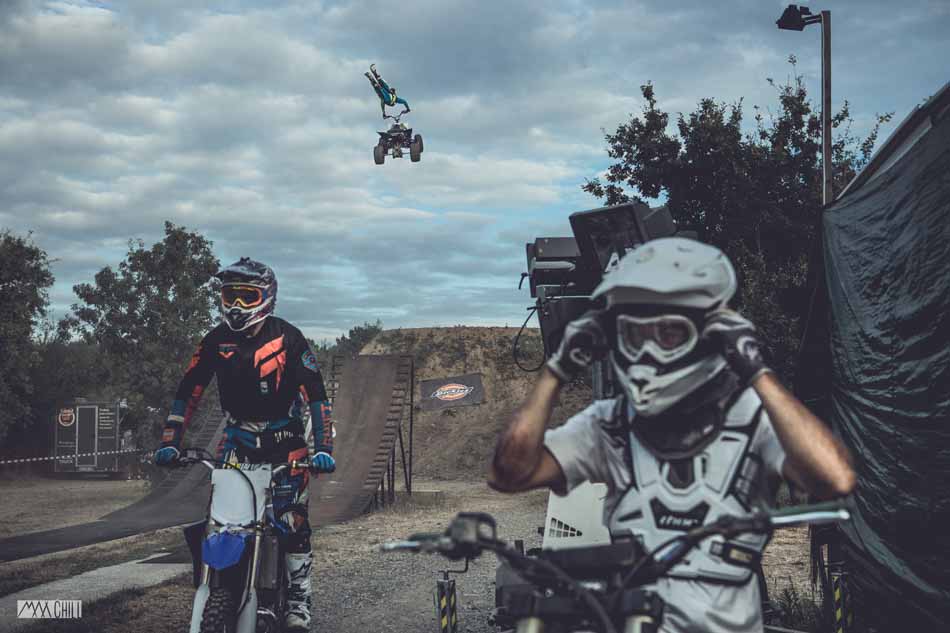 ATV riders Guillaume Faurie and David Tharan were pushing hard and throwing out their best tricks. Davis stomped a Holyman and some Double Indy Grabs and Guillaume landed a Tsunami and  some fat Whips!

Simon from Lyon tried an Indy Supercan in aid of his 26th Birthday which we celebrated that evening. Johnathan and Manu owned the session to the end with huge Rocksolids, Shaolins, Indy whips and Can no hands. The session continued into the night with the party set up by the host Corentin and believe me that guy knows how to throw a party! The riding was followed by an evening of fun with a lot of silly stunts. Out of nowhere Corentin suddenly supplied anything and everything you can imagine to roll down a landing on; a sofa and a tractor tire were first on the list!

After a great meal hosted by Corentin and his family the following day, Sunday lunch escalated into swimming in the XXL size pool and having a slip n’ slide contest! After a good swim we hit the road again, now with a much smoother flow than the day before, and with our heads full of good memories from an awesome jam.

I would like to say a big thank you to Corentin and his family, and to all the riders and volunteers. See you next year! 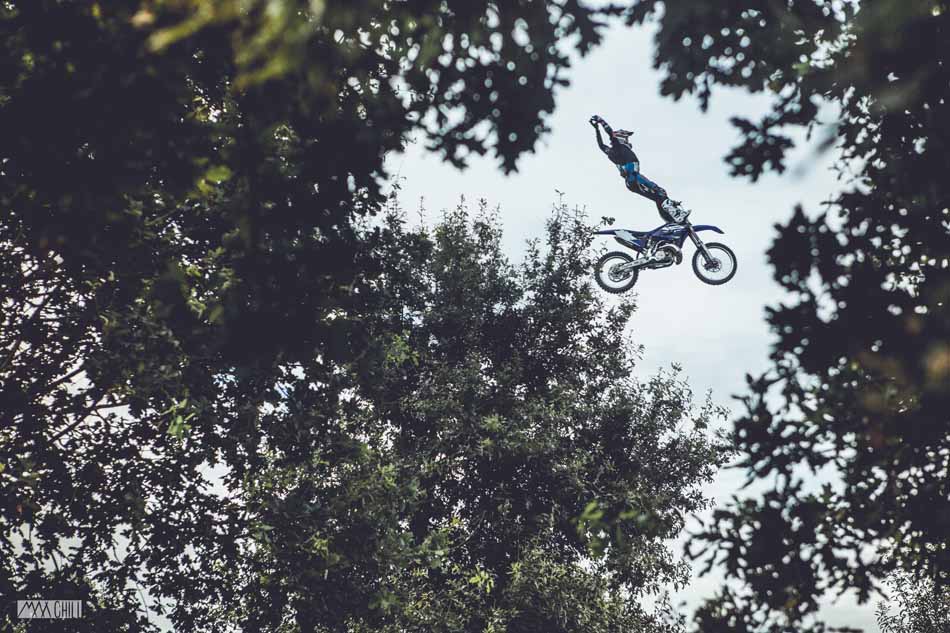 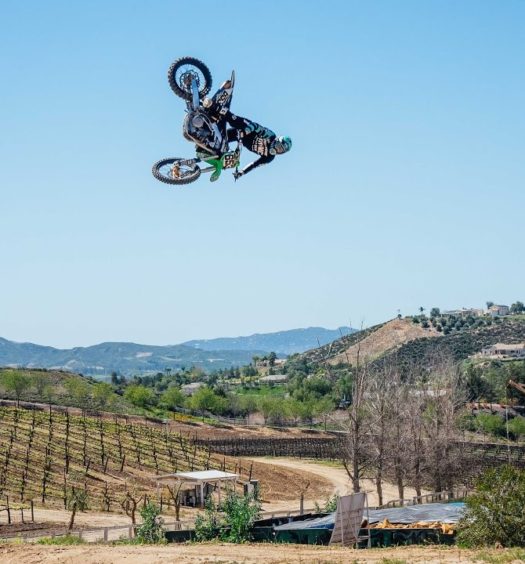 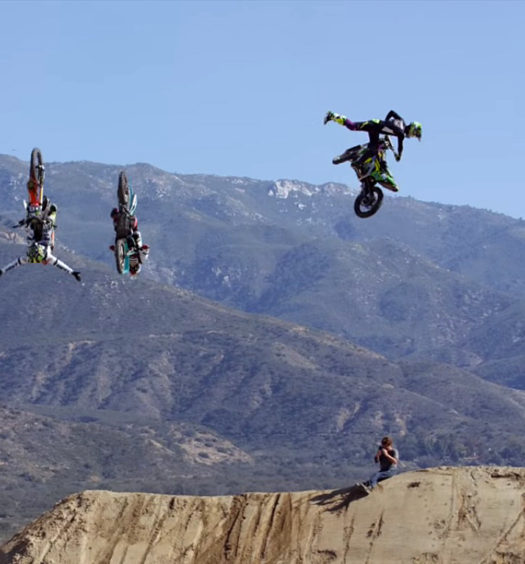