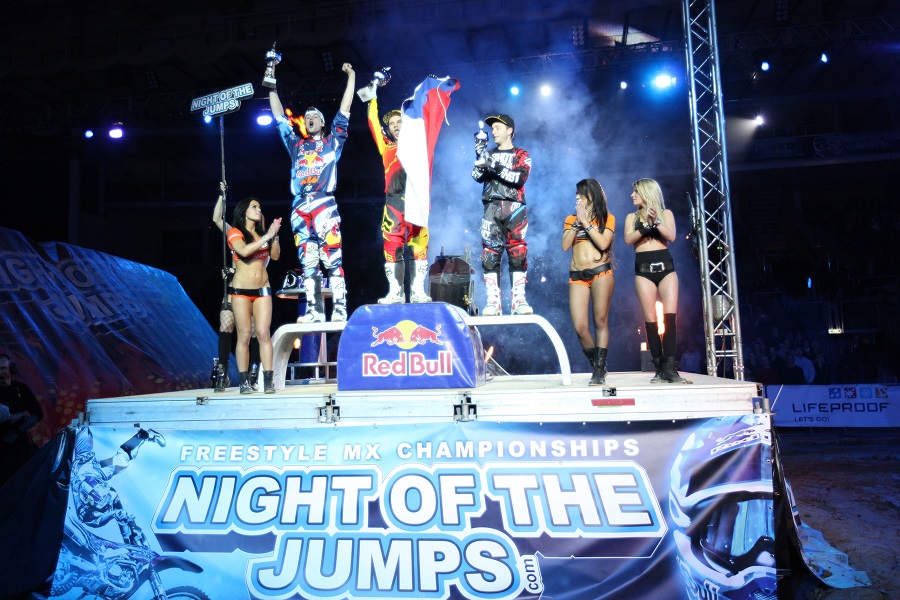 Linz, January 18th 2014: ‘Another day, another dollar’ was what riders contesting the second Freestyle MX European Championship competition were no doubt thinking. Unfortunately, after Friday’s NIGHT of the JUMPS opener, only nine FMX riders were left in Saturday’s line-up. Martin Koren (CZE) and Luc Ackermann (GER) suffered injury yesterday, and Fred Wasner’s (FRA) luck ran out during the afternoon. As a result, the chances of the remaining motocrossers securing one of the coveted six finalist positions were much improved.

The same bunch of riders as on Friday – Podmol (CZE), Remi Bizouard (FRA), Maikel Melero (SP), Petr Pilat (CZE) and Brice Izzo (FRA) – made it through into the final round. Massimo Bianconcini (ITA) found himself very much on the back foot compared to young Australian Joel Brown (AUS), who had already won a place through to the final yesterday on his European NIGHT of the JUMPS debut.

Maxime Gregoire (FRA) was crowned King of the Whips in Linz despite failing to get further than qualifying on both days. The Frenchman produced the hardest whips on both days and thoroughly deserved to win the Rockwell Watch Best Whip. 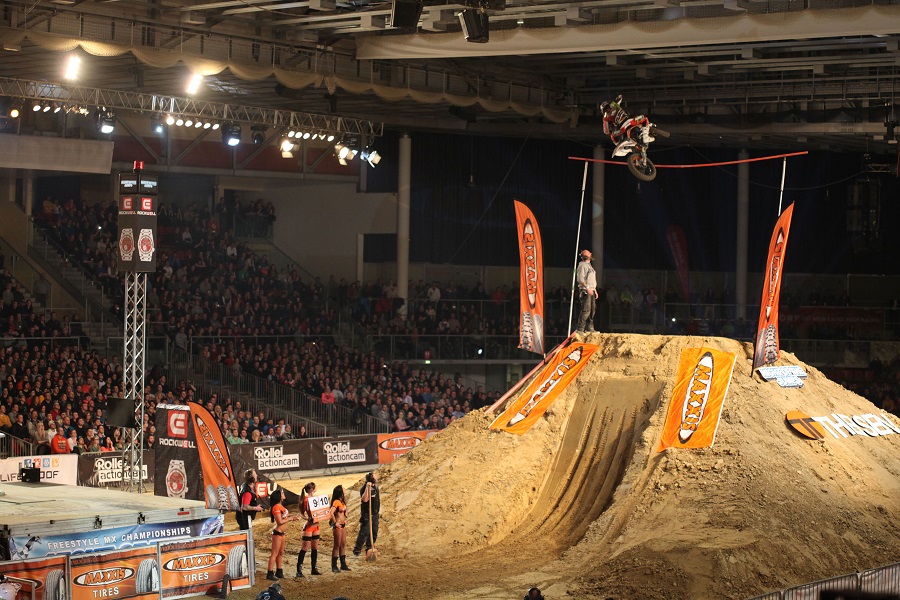 Spectators at the finale of the second round of the Freestyle MX European Championship Tips Arena in Linz, which was sold-out, were treated to some high-octane action. The crowd’s favourite Petr Pilat secured a podium. The Red Bull rider won over the Linz fans with his Side Saddle Take Off Candybar Flip to Side Saddle Landing and with his really energetic performance, riding faultlessly in spite of his 1.90-metre stature. 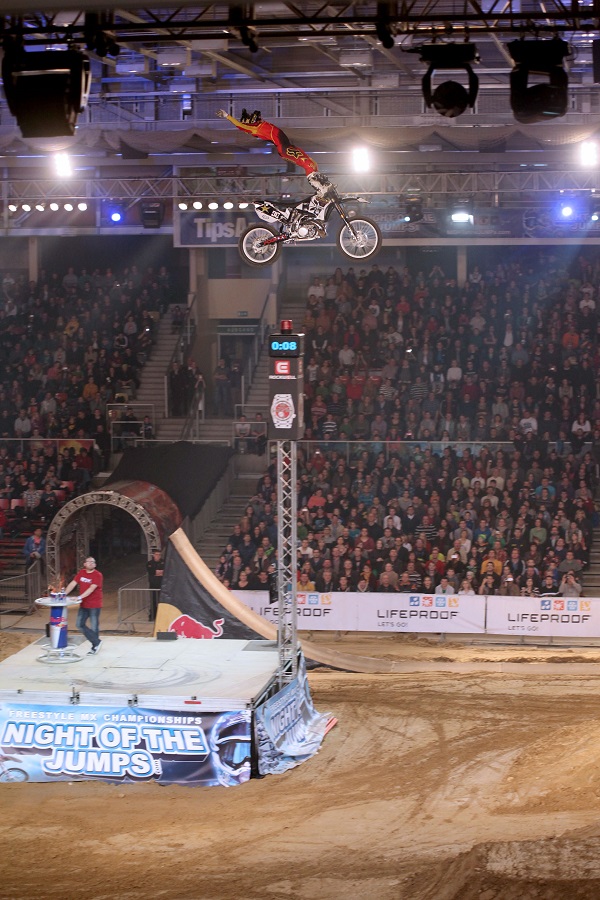 And the Czech rider only narrowly missed his first NIGHT of the JUMPS victory, because judges placed fellow Czech Podmol just in front by a whisker. Once again, it was Podmol’s double-up trick, the Cliffhanger Flip to No Hand Landing that he displayed yesterday that put the shine on his round. Pilat on the other hand ‘only’ managed a Tsunami Flip on his last jump, putting the seal on a Czech double victory. 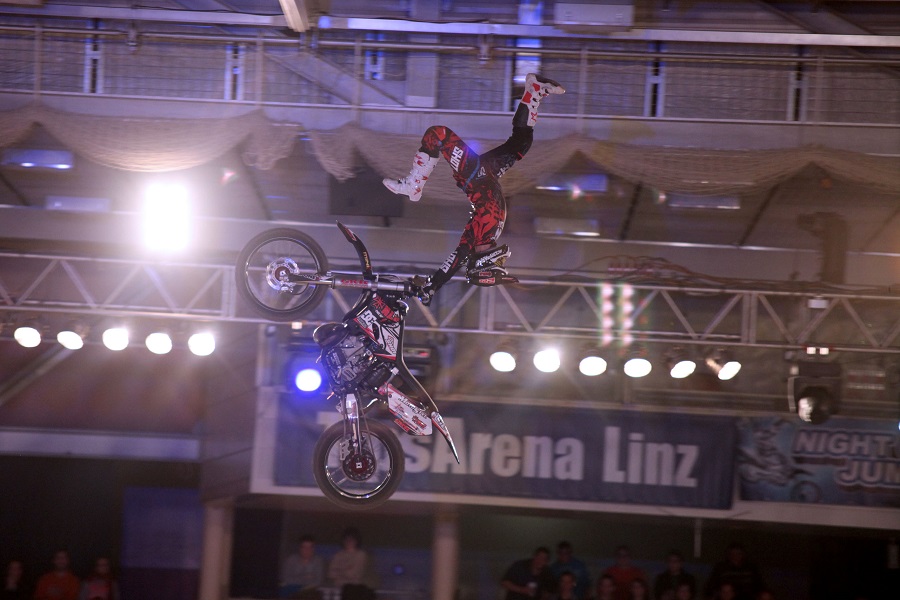 The two Czech riders head the overall standings in the Freestyle MX European championship. Podmol leads on 40 points, closely followed by Pilat on 32 points. Melero and Bizouard are in joint third place with 30 points. 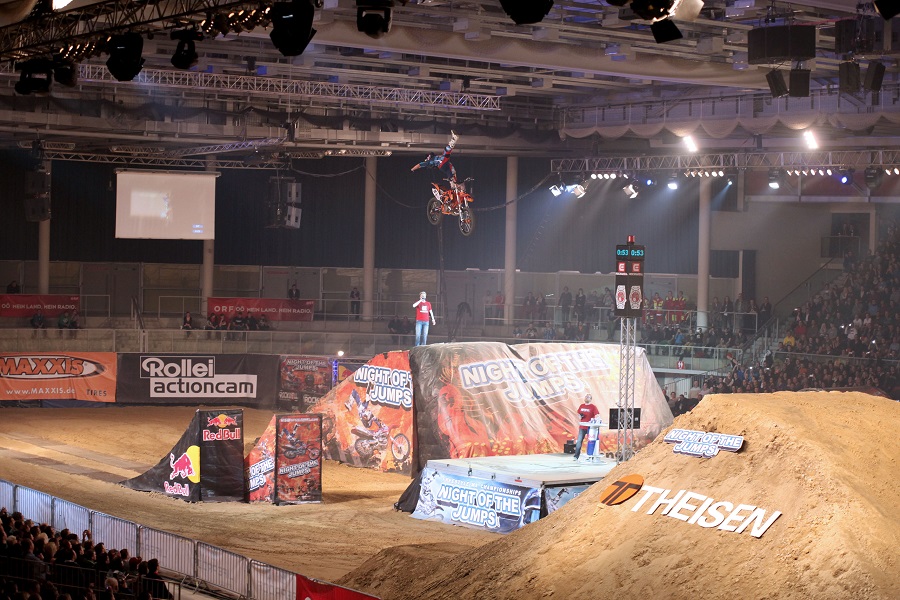 The riders have no time at all to relax, though, since the next two European NIGHT of the JUMPS championships competitions will be staged this weekend in the Stadthalle, Graz (January 25th-26th 2014). 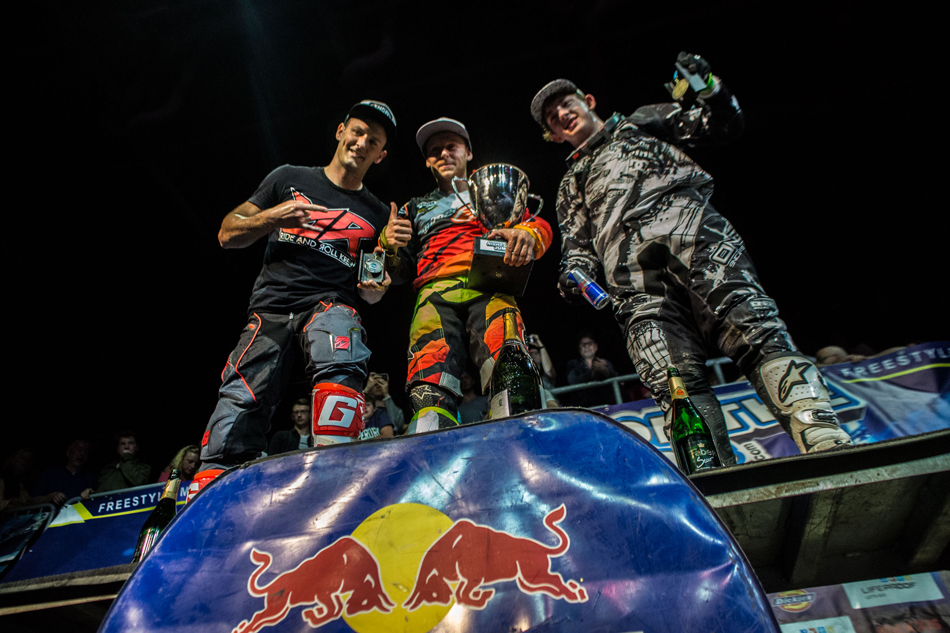 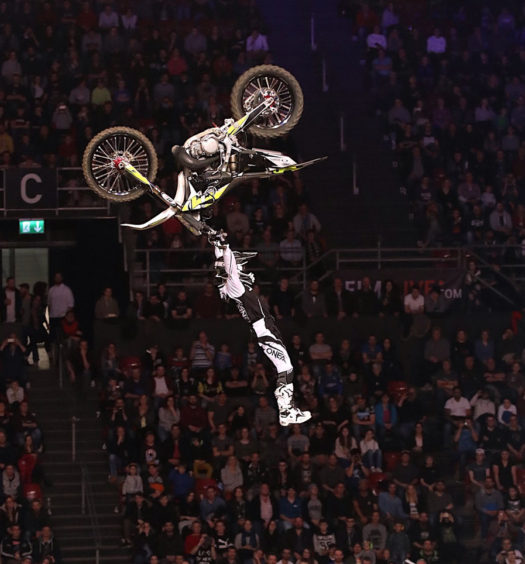