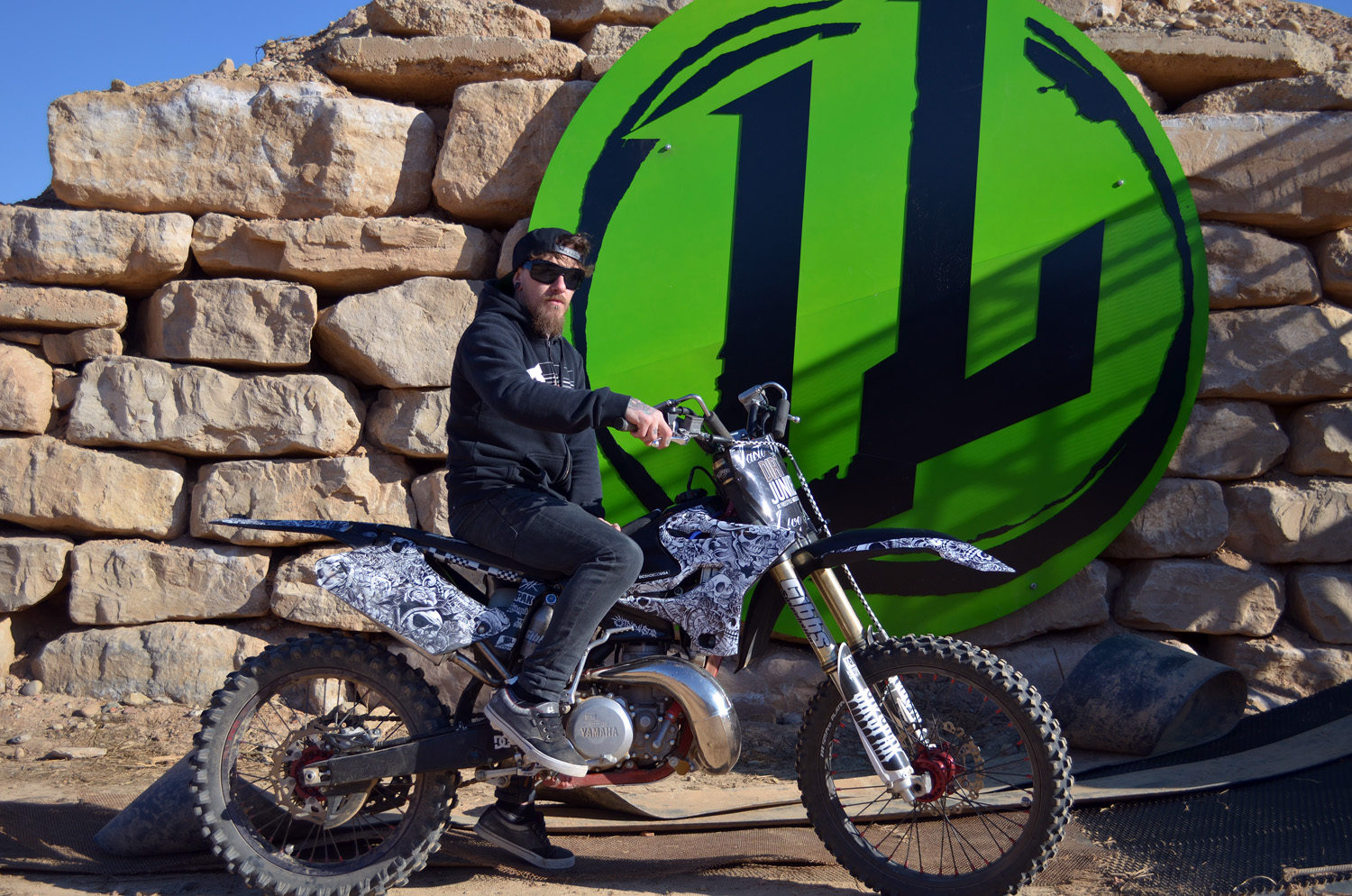 I met Wayne Jacobs for the first time last year when he and Adam (Loko big cheese) took a trip down to Spain before crossing over the boarder into France. It was only a matter of time before we did a DFTU. Wayne is a super nice guy who lives and breathes FMX, and the epitome of a dude who works hard in the week so he can ride every chance he gets. He is also bloody good on his bike, has super good style and big extensions. Keep an eye open for plenty of big things from Wayne in the future. 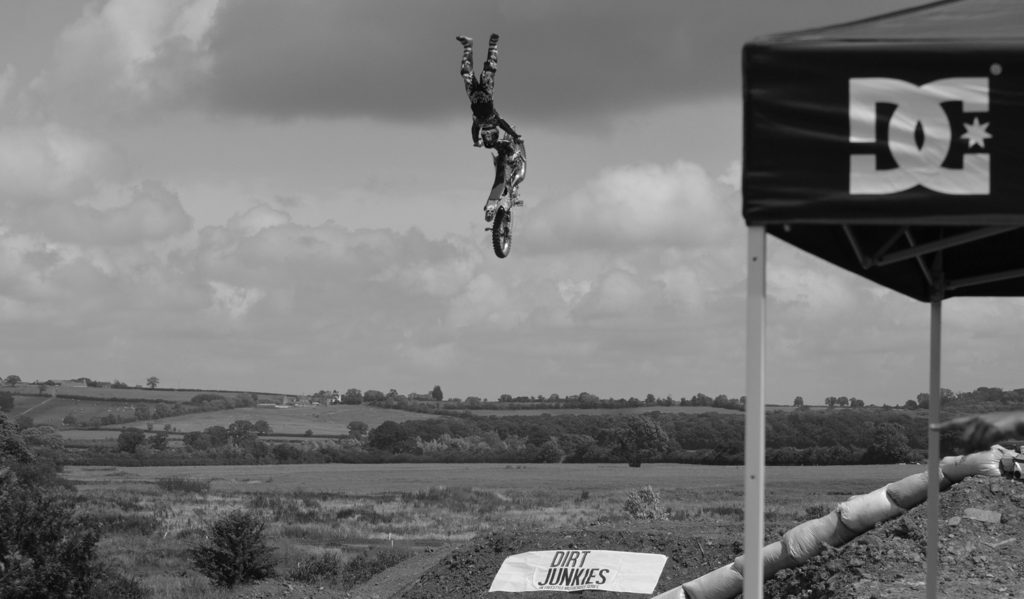 How did you get started and what led you to FMX?

My old man got me started at two on a QR50. After that I started racing MX. I used to do heelclickers in the middle of races and that led me to FMX in around 06/07.

Lets get into what everyone is talking about…the 4 banger. What made you want to change?

Well my YZ was at Gibbs (suspension), so I asked Squibby (Jamie Squib) if I could have a ride on his spare KXF just so I could get a ride at his place and from then I fuckin’ loved it. I can pull all my tricks bigger and just throw the bike round more for some reason.

And the YZ is for sale?

Tell us about where and how often you get to ride.

I try to ride two days a week at Squibby’s woods and I’m now starting to build my own compound so keep and eye out for that! I try to get over to Europe to ride there as much as possible too. 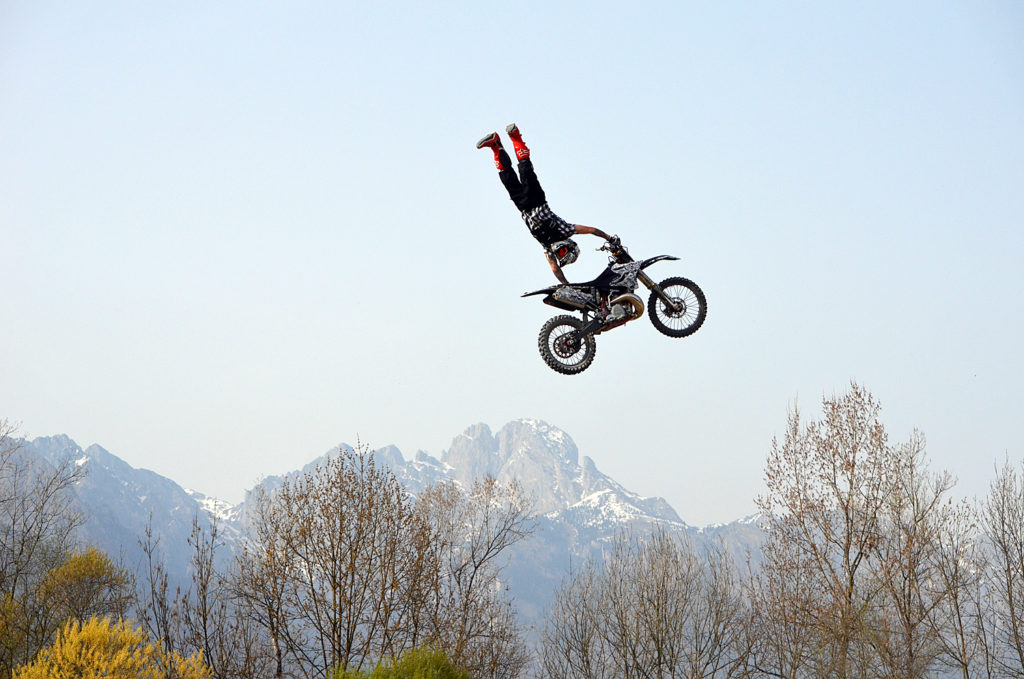 What do you do for a living?

Oak flooring and tiling…but I fuckin’ hate it! I’d much rather be riding all day. Hopefully I will be when my place is up and running.

Lets talk about your Chopper… That thing is pretty incredible. How did you end up with it?

I always wanted one but I wouldn’t do my bike test until I could afford a custom, because if I had got a super bike I would have riden it like a wanker and probably died Haha! Dad was always into chops so when he bought his I saved like crazy to get mine built. It’s definitely a rad bike! 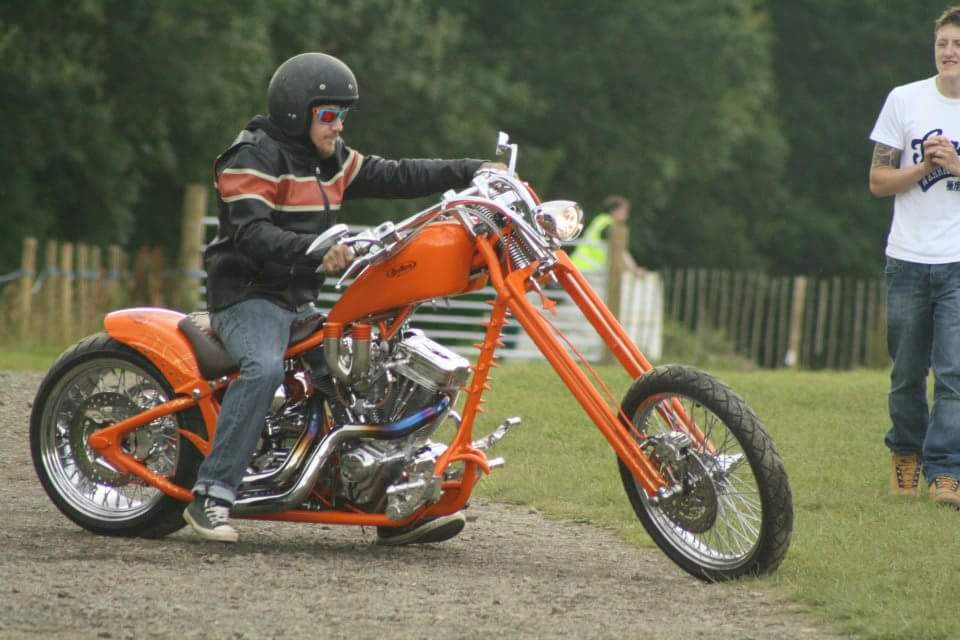 Is it totally custom or built on the frame of a production bike etc?

Total custom build from the ground up.

Do you take it to shows?

Yeah sometimes, it has won a few “best in show custom” and been featured in 100% Biker.

Nice!, is the chopper/custom bike game something you are into in a bike way?

Flips! You were stomping them off the 21m ramp into the pit at David Ronaldo’s place, are they still high up on your list?

Yeah dude, I need to get them done! That’s the one thing stopping me going further. Hopefully if I can get back in a foam pit I will get them done. Then X-Fighters it is!

Speaking of X-Fighters, what do you think of it? Personally I think they should have a proper qualifying, rather than a who makes the best video for the 2 wildcard spots.

Yeah they definitely should have a proper qualifying and have a “no flip” round – go old school!

I know you are super committed to FMX, but what else do you like to do when not riding?

Spending time with my kids on the beach and down the woods, or have a rip on the BMX. 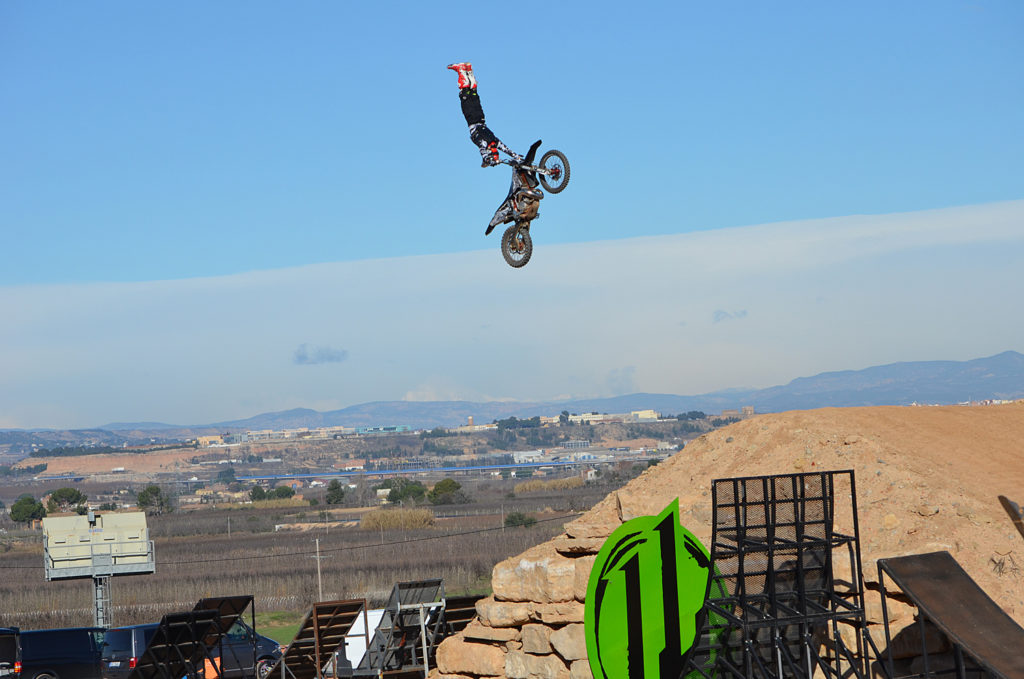 What is Cornwall like to live in? Do you get overrun with tourists and wannabe surfers?

Yeah I hate holiday season, but it is so nice down here when they fuck off. There is not a lot to do down here but just chill and ride, it’s rad.

The UK scene is OK, but there are not many places to ride, especially all the way down in Cornwall. There are a lot more opportunities in Europe.

What do you think of the mechanical front flips ramps?

They are fuckin’ scary dude! When I was at David Rinaldo’s place I ran in on his one but it is scary shit! And apparently they demolish front wheels. 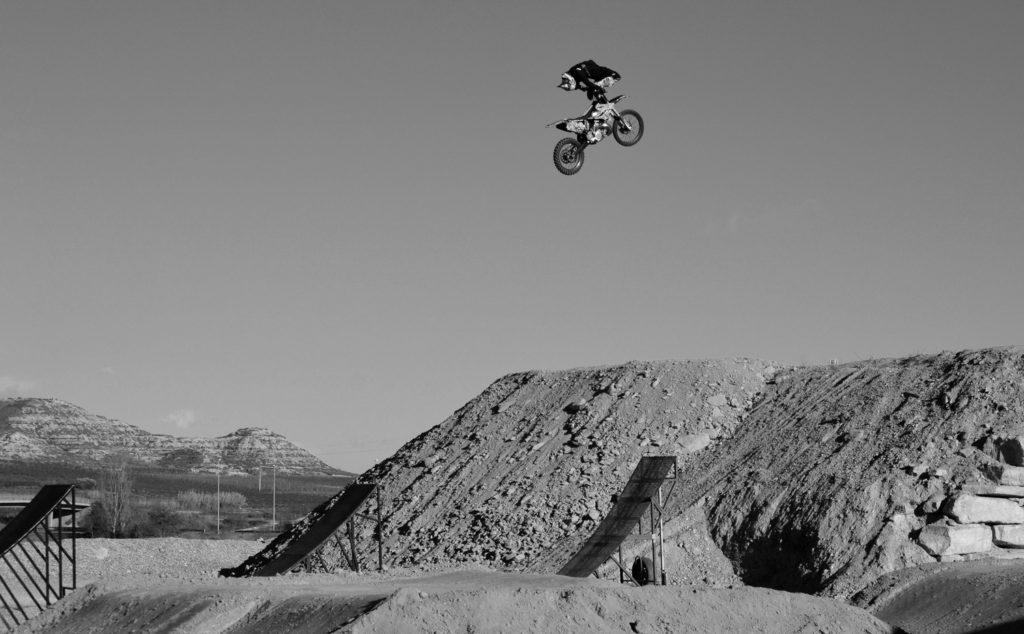 Any advice to us newbies? Should we be cutting seats and grab holes or just concentrate on jumping more?

Yeah just get the ramps dialed in first and the tricks will come…but definitely cut everything because it looks rad. ‘Freestyle Motherfuckers’!

You going to come back to France this year?

Yeah dude will try to get over for a little trip when my new KXF is sorted. I think I’ll try to get down to Spain with Nez (Nathan Parker) and Squibby as well. 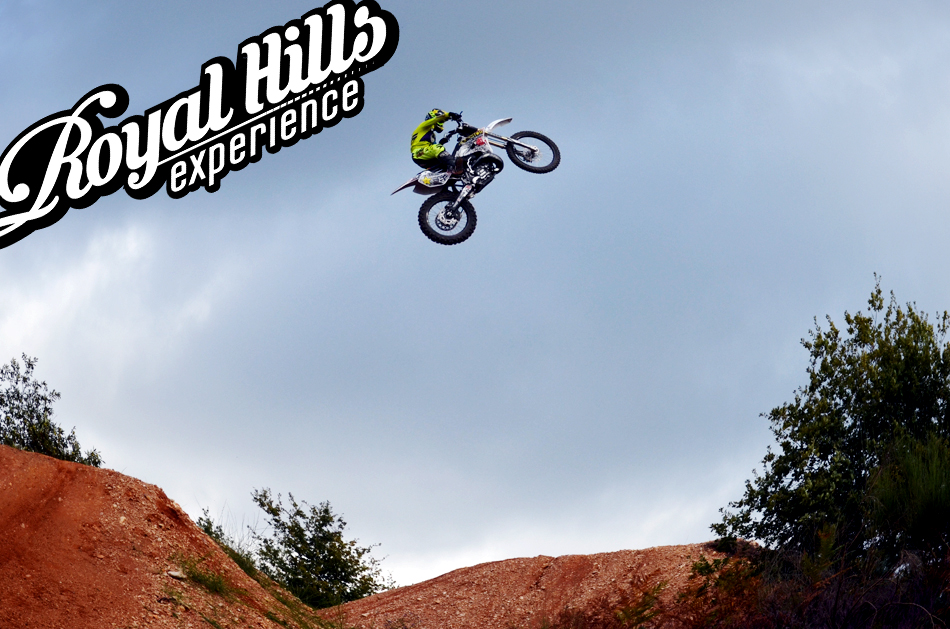 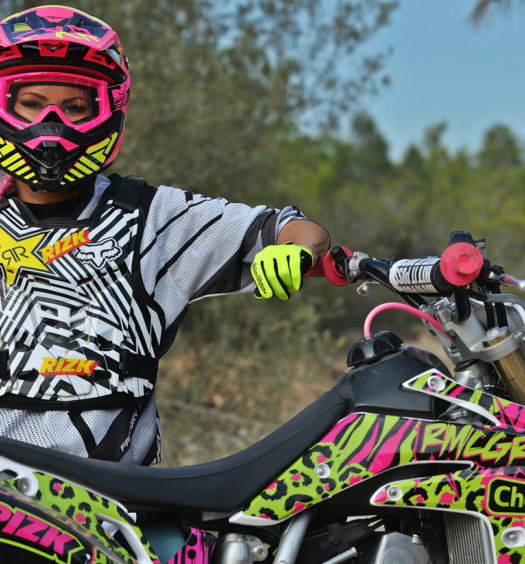